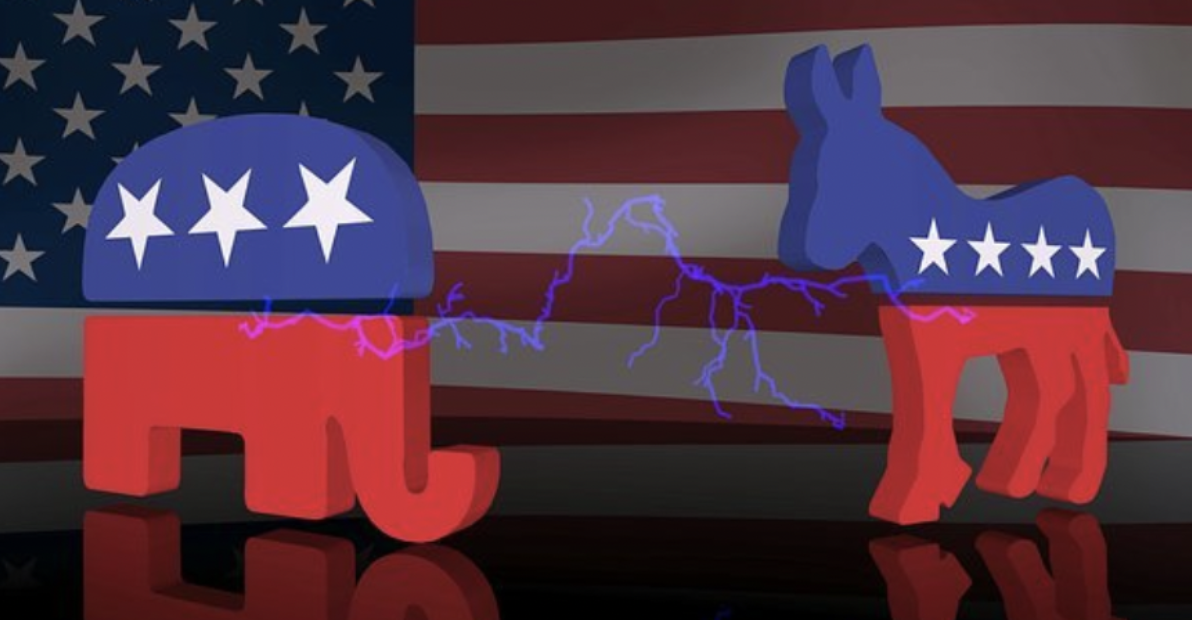 DC Republicans are counting on Democrat Socialist insanity – and inertia – to deliver them excellent 2022 election results.  That the (alleged) Two Party System leaves the GOP as the only non-insane entity – so they’ll get the votes come next November.

But DC Republicans keep screwing up.  The key to the plan is differentiation.  You must not join with the DC Democrats and their Socialist insanity.  If you keep making it look like the Two Party System is actually a Uni-Party Cabal – you undermine the “We’re Not Them” strategy.

We’re having a bit of an inflation problem.  Caused in large part by the government printing trillions of dollars – so that it can then spend them.

Democrats are trying to sell their multi-trillion-dollar Build Back (Never) Better spend-a-palooza – as an antidote to inflation.  Which is like saying the solution to a gasoline fire – is more gasoline.

This after President Joe Biden signed in March DC’s third (or fourth) China Virus spend-a-palooza.  This was (at least) $2 trillion – mostly printed.

Republicans wisely tallied zero votes for that insanity.  Providing ubiquitous differentiation between themselves and the Democrats.

But somehow, some Republicans have since gotten dumber.  Or, if you prefer, reverted to form.

Biden just signed into law a fake infrastructure spend-a-palooza.  This too was (at least) $2 trillion – mostly printed.

This after Republicans regaled us the last many months (and years) about the many horrors of Democrat government spending.  But you can’t on November 17 say things like this:

When Biden on November 15 signed the Democrats’ last tax-and-spending spree – for which you voted.  That’s not differentiation.  That’s GOP DC assimilation.

The GOP’s DC assimilation continues (to reveal itself).  And some Republicans are bragging about it….

What is the VCFCA?  It’s a Socialist price cap bill.  I.e. a rate cap on loans.

Price caps are – as always, everywhere and for everything – a terrible idea.

Price Caps Are a Bad Idea

Why Power Price Caps Are a Bad Idea

“Price controls are advocated as a method of controlling inflation. People assume that inflation means rising prices and that it exists only when and to the extent that businessmen raise their prices. It appears to follow, on this view, that inflation would not exist if price increases were simply prohibited by price controls.

“Actually, this view of inflation is utterly naive. Rising prices are merely a leading symptom of inflation, not the phenomenon itself. Inflation can exist, and, indeed, accelerate, even though this particular symptom is prevented from appearing.

“The imposition of price controls to deal with inflation is as illogical as would be an attempt to deal with expanding pressure in a boiler by means of manipulating the needle in the boiler’s pressure gauge.  It is no less self-destructive, as well….

“The one consequence of price controls that is the most central and the most fundamental and important from the point of view of explaining all of the others is the fact that price controls cause shortages.

“Experience of the gasoline shortage of the winter of 1974 should make the concept real to everyone. The drivers of the long lines of cars all had the money that was being asked for gasoline and were willing, indeed, eager, to spend it for gasoline. Their problem was that they simply could not obtain the gasoline. They were trying to buy more gasoline than was available….

And Republican Grothman is bragging about his bipartisan, DC assimilation bill to make that happen.

Which is yet another nail in the DC GOP differentiation, “We’re Not Them” coffin.