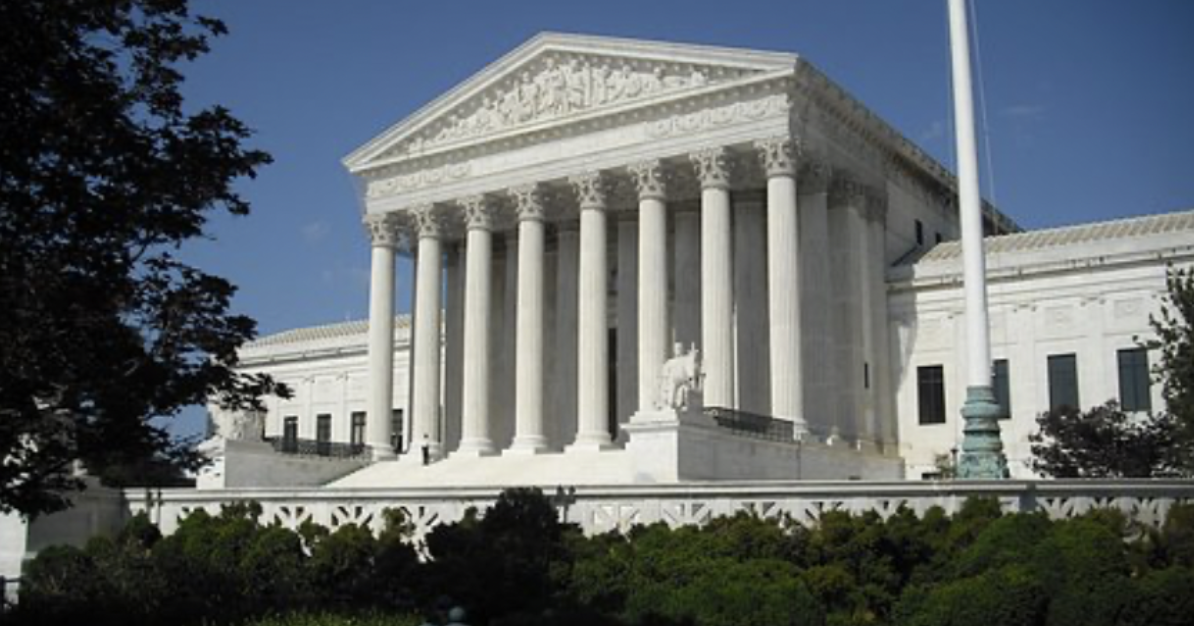 The alleged 6-3 conservative majority Supreme Court has been a decidedly mixed bag from a conservative outcome perspective.

The following ruling showed the Court dipping its toe in the warm waters of Judicial Sanity – but then quickly withdrawing the digit.

“The Supreme Court ruled on Monday that more than 200 administrative judges who hear patent disputes, some of them over billions of dollars, had been appointed in violation of the Constitution.”

These alleged judges preside over the Patent Trial and Appeal Board (PTAB).  About which we’ve been warning for more than a while.

“This is the USPTO saying ‘Congratulations, you have a patent.’  And then saying ‘Psyche. We were just kidding.’”

If this sounds exceedingly stupid – that’s only because it is.

How the Patent Trial and Appeal Board Harms Inventors:

“(A)ny patent can be challenged to a PTAB procedure by anyone at almost any time, which dramatically harms inventors. The more valuable the invention, the higher the risk of a PTAB.

“Inventors cannot adjust their own behavior to reduce the risk of a PTAB being launched. That risk remains as long as the patent is in effect.

“Perhaps that is the point of the AIA.”

That certainly seems to be the point.  When you hear “patents being enforced against large multinational infringers” – you should immediately think of Big Tech.

Learn The Real Facts About PTAB – Don’t Get Misled By The Myths:

“PTAB is used almost exclusively by large multinational corporations to attack patents of much smaller competitors. Apple, Google, Samsung, Microsoft, Intel, Comcast, and Cisco are top filers. Smaller companies occasionally attempt to use the PTAB, but usually adds a lot of expense without resolving the dispute….

“PTAB adds an average of $450,000 for each challenge filed. Most disputes involved multiple patents, so the additional cost usually exceeds $1M. If the inventor survives PTAB, they have to fend off similar challenges in the regular court.”

“Since its creation by Congress in 2012, the board has angered the inventing community, which says the review process is biased.

“One judge, for example, represented Apple Inc. in private practice and then ruled in favor of the tech giant 17 times after joining the court….

“Eyebrows were raised this summer when a lawyer representing the patent office in a federal court appeal of a board decision acknowledged that the agency had added extra judges to reviews in order to achieve the desired outcome….”

“(Matt) Clements represented Apple, Inc. as patent infringement defense counsel up to his appointment as an (Administrative Patent Judge) APJ in March 2013. Clements then proceeded to preside over several dozen post grant challenges brought by Apple. Not surprisingly, Apple did extraordinarily well in those challenges….

“(W)hy has the USPTO still not created ethical rules or a code of conduct for APJs?”

An excellent question.  Perhaps because this sort of Big Tech cronyism is the point of the PTAB.

Now that we know how exceedingly awful the PTAB and its judges are – let’s return to the Supreme Court’s ALMOST issuing a good ruling:

“The solution, a fractured majority of the court ruled, was to give the director of the U.S. Patent and Trademark Office the power to review the judges’ decisions in cases….”

Except that is NOT a solution to these judges being unconstitutional.

So…we ALMOST got some sanity from the Supremes.

Which reminds of horseshoes and hand grenades….