Sinema and Manchin: Democrats Are So Awful – They’ve Made ‘Bipartisan’ Great Again 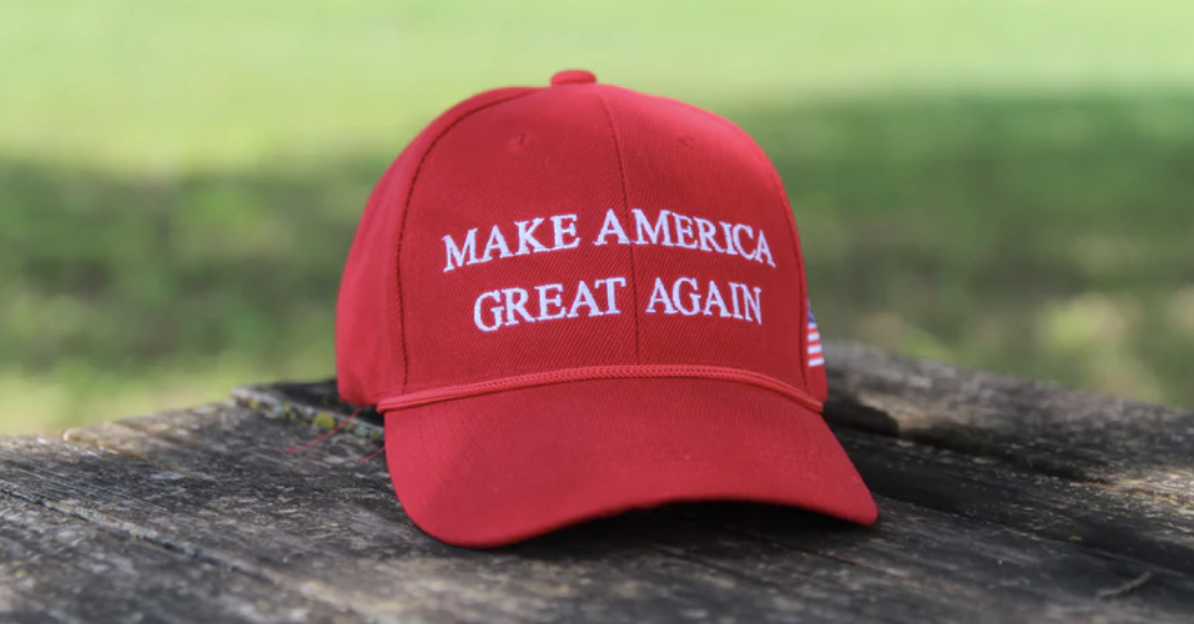 Very awful DC has always pretended to have (at least) two political parties.  But for more than half a century, healthy majorities of both parties have found bipartisan agreement – on the wrong side of things that matter to We the People.

It’s been so bad for so long, “bipartisan” long ago became a punch line.  Most famously for the late, great George Carlin:

But DC has now pushed its awfulness to such extremes – we FINALLY have bipartisan OPPOSITION to some of its insaner notions.  We should make red hats that say “Make Agreement Great Again.”  It’s MAGA 2.0.

We’ve spent the entirety of the Joe Biden Administration myopically fixated upon two not-insane Democrat Senators – West Virginia’s Joe Manchin and Arizona’s Kyrsten Sinema.  Because they have looked around – and decided not all DC inanities should become reality.

Biden and his Democrats may or may not know it – but Sinema and Manchin have time and again saved their Party from themselves.

Think inflation is horrendous now?  Imagine if these two hadn’t helped stop the government-spending-extravaganza that is Build Back Better.

Manchin Opposes Build Back Better: ‘I Can’t Get There’

Think price caps are idiotic?  Because math?  And a history of price-cap-induced-shortages?  So does Sinema.

“The Arizona Democrat is opposed to the current prescription drug pricing proposals in both the House and Senate bills, two sources familiar with her thinking said. They added that, at this point, she also doesn’t support a pared-back alternative being pitched by House Democratic centrists that would limit the drugs subject to Medicare negotiation.”

Imagine how much awful-er Democrats would have made things – were it not for these two Democrats making “bipartisan” great again.

Big Tech Got $3 Trillion Bigger During the Pandemic

“About 98% of political contributions from internet companies this cycle went to Democrats….”

For the last decade-plus, this Big Government-Big Tech synergy has been far-and-away DC’s worst fascism going.

Which brings us all the way back to where we began.

Biden has nominated radical Leftist Gigi Sohn to be the tie-breaking fifth vote at the Federal Communications Commission (FCC).  One of the chief reasons why?

“Net Neutrality outlaws Internet Service Providers (ISPs) from charging Big Tech companies – Google, Facebook, Amazon, Twitter, etc – anything at all for all the Internet bandwidth they use.

“And Big Tech companies use a LOT of bandwidth.  This is a HUGE crony gift from Big Government to Big Tech.”

But to paraphrase the late, great Milton Friedman – There’s no such thing as a free (computer) launch:

“The Web infrastructure ISPs are building, maintaining and expanding – has cost hundreds of billions of dollars.  And counting.

“They need to recoup that investment.  And there’s only two groups of people whom they can charge for the service they provide: Big Tech – and us.

“Government outlawing Big Tech being charged for the titanic bandwidth they use?  Means we will be charged exponentially more for the tiny bandwidth we use.  Net Neutrality is government forcing us to mass-subsidize Big Tech.”

Another Big Tech Crony Free Ride That Needs to End:

“Here’s another Big Tech crony benefit that we haven’t addressed in more than a little while.  Behold the Universal Service Fund (USF).

“But monstrous Big Tech doesn’t pay a dime.  How’s that for even more cronyism?”

But it is exactly the policy Biden and his Democrats want to inflict upon US – via Sohn at the FCC.

Oh: And it appears Sohn is more than a little…compromised.

But look who is saving US from Sohn – and yet again the Democrats from themselves.

Dems’ Dreams Could Get Crushed Yet Again – This Time at the FCC:

“Republican opposition to an FCC nominee could let Sens. Manchin and Sinema decide whether Biden secures a Democratic majority at the agency.”

“Gigi Sohn’s nomination could give Sinema another opportunity to bring Biden’s agenda to a halt.”

“Joe Biden’s embattled FCC nominee Gigi Sohn, whose nomination is already struggling on account of her partisan, pro-censorship record, is tied to a far-left ‘digital rights’ activist who once campaigned on behalf of an al-Qaeda terrorist who was convicted for conspiring to kill Americans, and is now applying pressure on moderate Democrats like Sen. Kyrsten Sinema (D-AZ).”

That should persuade Sinema.  And Manchin.

Who together are finally saving “bipartisan” from being solely a dirty word.

And in the process – at least delaying their Party’s destruction of us all.