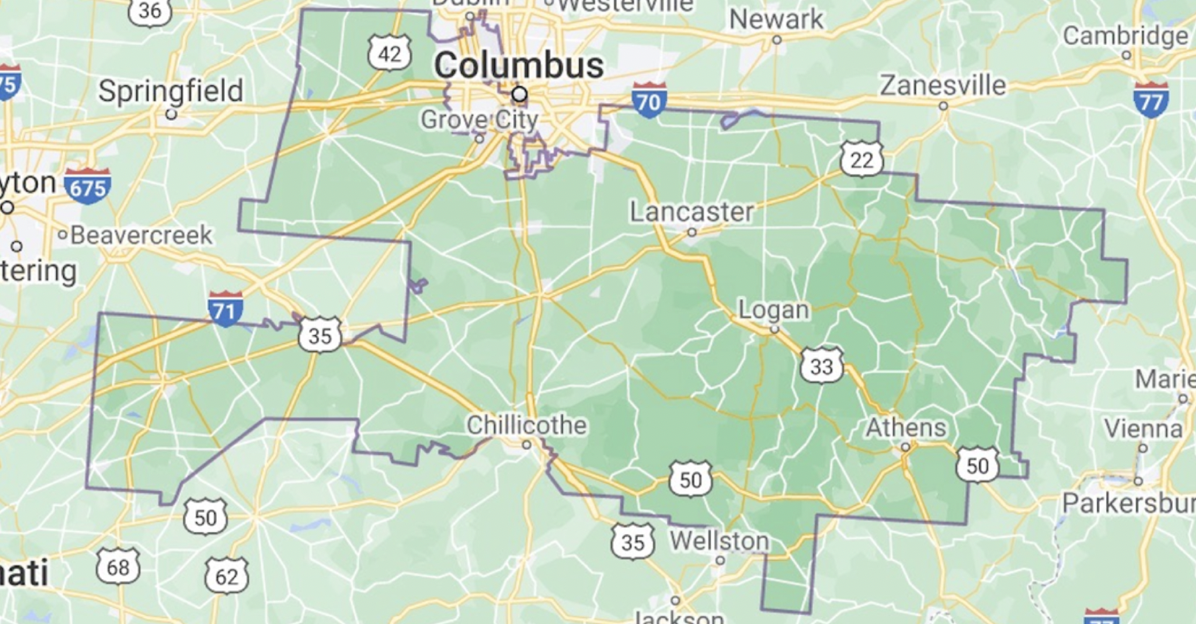 As the third title indicates – one of them (Brian Stewart) has exited the race.  But the other – Bob Peterson – is still going.

“Soros-Steyer henchmen are like really awful Boy Scouts – always prepared.  In the twelve (now eleven) candidate field, they had at least one back up plan ready to go.

“Here’s Hartley’s Facebook page.  On which he recently posted an announcement for his July 1 fundraiser for Peterson.

“Hartley’s Facebook words for Peterson: ‘We hope you will join us in supporting our friend Bob Peterson in his campaign to be the next Congressman for Ohio’s 15th District….We are proud to be hosting this event for him.’

So alleged professional “conservative” consultant Hartley has taken his Leftist-outing frustration – and vomited it all out to Leftist publication The Daily Beast:

“In 2016, Mike Hartley, a longtime Ohio Republican political operative, found himself on the wrong side of (Ohio-15 actual Republican candidate Mike) Carey after he worked to kill legislation Carey had been lobbying to pass. Right after the bill was vetoed, Carey asked him to meet with him at his office.

“‘It was basically a meeting to say “stay out of my way or I will crush you,”’ Hartley said.

“‘Hartley is a serial liar who has publicly backed two of our opponents in this race,’ Kelly said.

“‘This typical insider attack won’t move the needle for him.’

“‘I’m so sick of these corrupt, jack-booted thug assholes, who think they are above the law and think they can get away with threats,’ Hartley said. ‘Somebody like Mike Carey is absolutely the last person that should be a member of Congress—literally he’s the swampiest swamp creature around.’”

And he whined about the Trump endorsement – to The Daily Beast?  Very conservative.

And did you notice Hartley didn’t mention what bill it was that set off the alleged interaction?  (And that The Beast didn’t ask him – or do any research thereon?)

Could it be because it was an actually conservative bill?  And Carey wanted it passed – and Hartley successfully killed it?

Looking back in time, our best guess is it was Senate Bill 320.  Here’s another environmental freak showciting Hartley’s “conservative” environmental group – The Ohio Conservative Energy Forum:

“(SB 320) is a thinly-veiled attempt to water down the (renewable energy) standards, render them unenforceable and throw them into limbo for at least the next 3 to 4 years. If passed, the bill would stall progress and hold Ohio back from leveraging its strengths in manufacturing and positioning itself as a player in this new clean energy economy.

“Thankfully, (Republican) Governor (John) Kasich, demonstrating again and again that he truly is the ‘adult in the room,’ knows how critical these standards are to Ohio’s economic development.

“He has stated more than once that watering down the standards and extending the freeze is ‘unacceptable,’ as it would be ‘kicking the can down the road.’

“But a new wrinkle has emerged this week that shows just how out of touch Senator Seitz’s amended bill is—even with his own party.

“The Ohio Conservative Energy Forum…released a new poll showing that Republicans in Ohio overwhelmingly support energy efficiency and renewable energy, and they want to see more of it.”

“Renewable energy”/“green energy” – is fake energy.  It is not renewable, green or energy.

A way you know this is?  It requires government-mandated standards and permanent, massive infusions of government money.

Oil and natural gas don’t need any government standards or cash infusions.  Because they are real energy sources – that make real money.

To pretend that defending these government mandates is conservative – as Hartley does – is simply asinine.

And polling of any sort in this toxic media environment is almost entirely worthless.

We are all-encompassingly bombarded by the concept that anyone opposed to fake energy is a smokestack-exhaling monster.  After years of this incessant, monomaniacal messaging – you then ask the messaging victims what they think about fake energy?

What do you think they are going to say?  Many of those not duped by the gaslighting – will still give the Woke response.  Just to avoid any visits from the Woke Enforcers.

And fake energy in the abstract – sounds great.  But if pollsters were to inform them of the TRILLIONS of government dollars we’ve wasted on these “energy” sources that produce no energy – I’d bet a lot of coin their responses would be a little different.

So the Soros-Steyer-funded Hartley has backed not one but two Soros-Steyer stooge candidates in Ohio-15’s Republican primary.

He has been fellow-traveling with even more radical Left environmental freak shows.  And with them pushing for government mandates to shove obscenely expensive and ineffective fake energy down our throats.

And when outed for engaging in all of this hardcore Leftism, he whines in defense of his alleged conservative bona fides – to the uber-Left Daily Beast.

Gentle Reader: Sit back, relax – and allow the tidal wave of Hartley’s Leftist “conservatism” to wash over you.