My Email Exchange With a Big Tech Company's Censorship Department 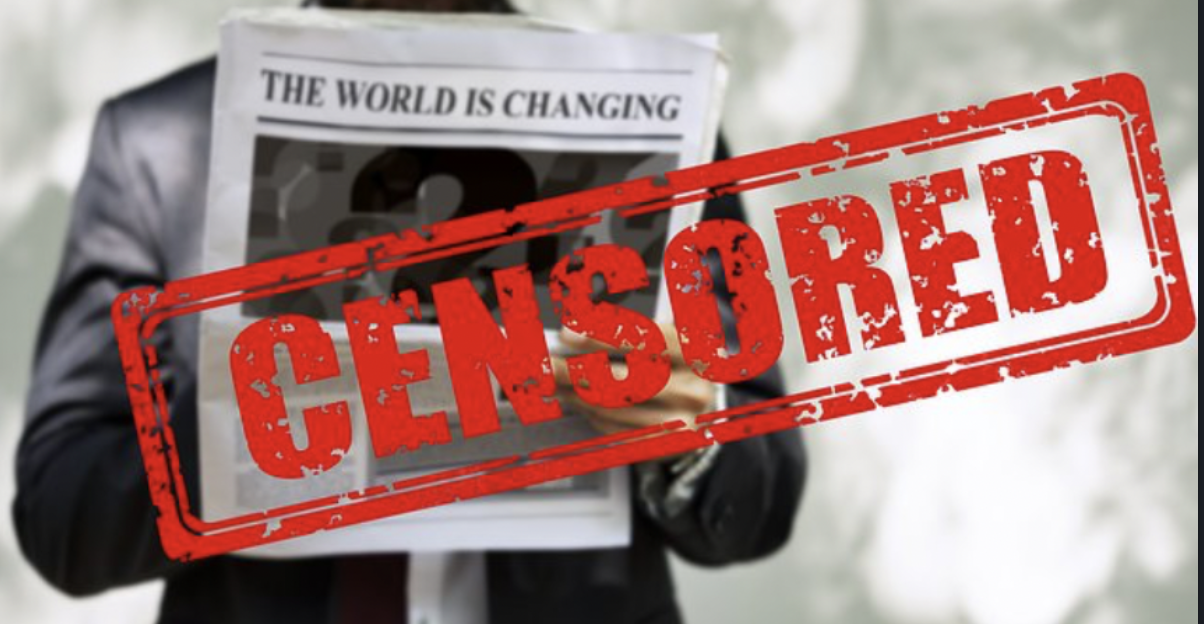 Sure.  And Senator Wyden and his fellow Democrats allegedly wrote Obamacare to allow you to keep your doctor and insurance plan - and lower health insurance premiums and deductibles.

Lie of the Year: 'If You Like Your Health Care Plan, You Can Keep It'

Government is awful at everything.  And Democrats lie incessantly about the intention of…everything they do.

So when Big Tech’s many defenders say digital free speech will get worse without Section 230?

Don’t you believe it.  I mean - how could online free speech get any worse than it already is?

In fact, Big Tech has weaponized its Section 230 cronyism to maximize its censorship of anyone not of the Left.

“Ironically, Section 230 has enabled platforms to absolve themselves completely of responsibility for policing their platforms, while blocking or removing third-party speech - including political speech - selectively, and with impunity.”

I have several damning examples of Big Tech weaponizing its market and information dominance to silence we conservative peons.  In ways different and apart from the banning and shadow-banning of which many of us are aware.  To which I will get in the coming weeks.

Today we will focus upon an email exchange I very recently had with an “Executive Escalations Case Manager” - at LinkedIn.  Yes - LinkedIn.  You can be relatively small (LinkedIn Market Cap: $22.6 billion) - and still behave in Big Tech fashion.

About a year and a half ago - I honestly can’t remember exactly when - LinkedIn permanently banned me from their platform.  At the time, they never really said why.  They did send me a link to their terms of service - and demand I justify therein my continued existence on their site.

I responded with something along the lines of “I can’t justify my existence - if you won’t tell me why you’re eradicating it.”  Shockingly - that response didn’t work.  Their ban remained in place.

Flash forward to a couple of months ago.  When I met the aforementioned LinkedIn “Executive Escalations Case Manager.”  Who kindly offered to look into why I was banned - which took about two weeks.  What follows are excerpts from our subsequent email exchange.

Your account was restricted due to multiple violations of LinkedIn’s User Agreement and Professional Community Policies against sharing content that contains misleading or inaccurate information:

You can appeal the restriction by responding to this email with your agreement and intent to comply with our User Agreement and our Professional Community Policies.

The vast majority of the time, everyone’s subjective “misleading information” standard is actually a “You’re posting political stuff we don’t like” standard.

I think a review of what LinkedIn dubbed “misleading information” from my account would in most instances find that I was actually correct - and LinkedIn was not.

Things like the treasure trove of information from Hunter Biden’s laptop. Which at the time was deemed  “misleading information” - but we now know is entirely true.

So I’ll say to you what I said to the people who initially murdered my account:

LinkedIn’s subjective definition of “misleading information” is what ultimately prevails in this disagreement - because it’s your website.

No matter how repeatedly incorrect your application of the “misleading information” standard is.

So if you want to keep me off your website - you will.

There’s nothing I can say or do - in the face of a nebulous, subjective “misleading information” standard to which I’m supposed to adhere.

I can totally assure you that our standard is far away from “You’re posting political stuff we don’t like”; I had your profile and posts carefully reviewed, and the contents had been removed in accordance with our Community Guidelines regarding misinformation.

LinkedIn expects our members to refrain from sharing false content or information, including news stories that directly contradict guidance from leading global health organizations (WHO, CDC etc.) and public health authorities which could be harmful to our members.

Please provide me with three or four examples of my posts your site deemed to be “misleading information.”

Here are the 3 contents:

Post, Creation Time: Mon, 31 Aug 2020 00:31:36 GMT - "If I could predict stocks like I predict politics - I’d have been off the grid in Bali years ago.#COVID19 #COVIDIDIOTS #COVID #COVIDIOTS #ChinaVirus #Coronavirus #scam #hoax #FakeNews”

Ok - let’s look at the two comments and one post in question, in turn.

The first two posts contain definitive, exculpatory evidence that what I said was correct.  The third is far too broad and amorphous to reasonably have any “misinformation” standard applied to it.

And that’s what got me banned from LinkedIn.  Back to the email exchange….

NONE of these are “misleading information.”  ALL of them are accurate.  What is LinkedIn’s explanation of how each - ANY - of these is inaccurate?

I'm not able to disclose specific internal review processes when making decisions on contents. We're not able to provide specific guidance with respect to our User Agreement and Professional Community Policies, but we don’t allow content that spreads misinformation….

These policies are applied evenly to all members of LinkedIn irrespective of their demographic.

So it is impossible for me - or anyone else - to adhere to your rules. Because undefined rules are inherently arbitrary and capricious.

So again, we’re back to it being - from all appearances - a “You’re posting political stuff we don’t like” standard.

I’ve seen on LinkedIn actual misleading information posts - ALL THE TIME. People lying about Hunter Biden’s laptop - and a whole host of other issues.

But they’re of the Left. So they’re still on LinkedIn.

Because your censorship policies are NOT applied evenly to all members of LinkedIn irrespective of their demographic.

So, yet again, we’re back to it being - from all appearances - a “You’re posting political stuff we don’t like” standard.

Thank you very much for your inadvertently revealing responses.

As said, these policies are applied evenly to all members of LinkedIn irrespective of their demographic.

While we understand that you may remain unsatisfied, we have addressed this issue thoroughly and consider this issue closed. No further replies on this matter will be given.

Well that exchange certainly puts to rest any concerns anyone may have about the imperiousness of Big Tech’s censorship practices.  Right?

That exchange certainly demonstrates that Big Tech continues to deserve the MASSIVE government cronyism that is Section 230.  Right?

Because the sort of speech freedom LinkedIn is fostering definitely warrants the MASSIVE government cronyism of Section 230.  Right?