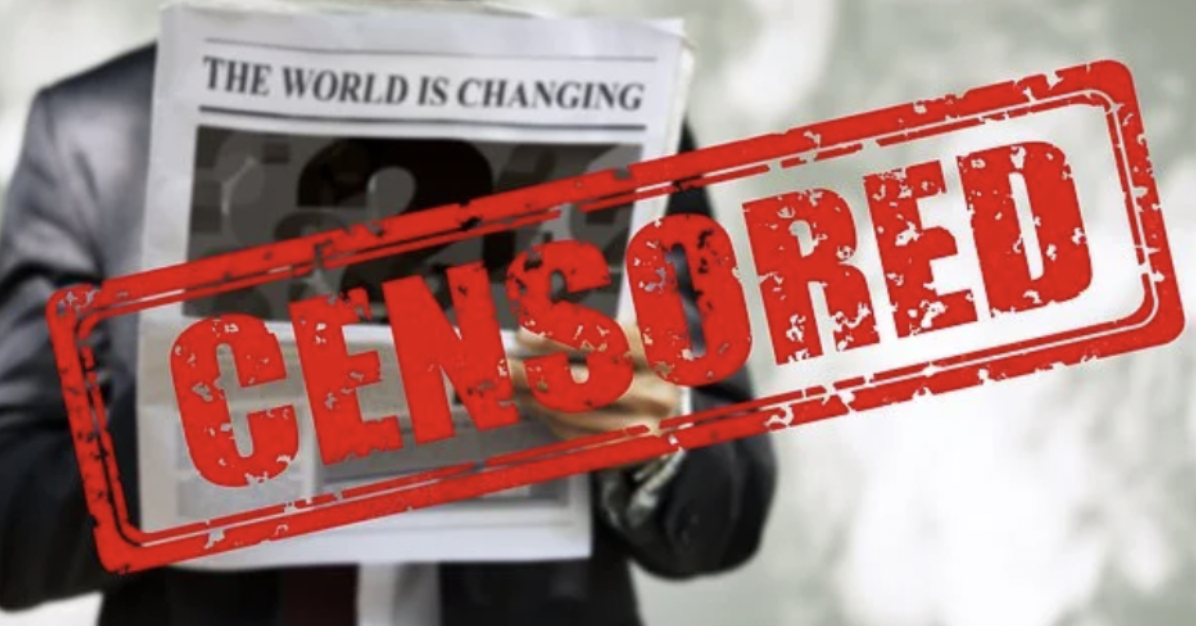 Washington Republican Representative Cathy McMorris Rodgers has long been a leader in GOP scrutiny of Big Tech and its very many faults.

She has repeatedly pointed out Big Tech’s domestic censorship, its Communist China problems – and its very many Congress-provided crony benefits.

Leader Rodgers: ‘Big Tech Should not be the Arbiters of Truth—Not for me, my Community, our Children, or any American’

“The newly elected GOP lead of the House Energy and Commerce Committee said in an interview Thursday that the No. 1 item on House Republicans’ tech agenda for next Congress will be to take aim at the online industry’s liability shield, Section 230.

“‘At the top of the list for the Republicans is holding big tech accountable and addressing Section 230, because it is unacceptable, it’s un-American what happened during the election, where they were censoring political speech in the name of misinformation,’ Rep. Cathy McMorris Rodgers (R-Wash.) told Politico.”

“‘(I)nternet companies – everything from social media platforms to online retailers to news sites – are generally not liable if a user posts something illegal.’

“‘This is anti-Fourteenth Amendment un-equal protection before the law – that no one else in the history of the country has ever received.

“‘Why do the biggest and richest companies in the history of Planet Earth get government-imposed blanket third-party-action immunity?’

“And in practical reality, Section 230 was never actually necessary:

“‘And if the movie house did sue, their idiotic case would be quickly dismissed by 99.9 percent of existing judges. Because most people with an IQ above nine know that YouTube isn’t responsible for third-party actions – so long as they reverse the offending third-party actions.

“So, the giant lie that Section 230 created ‘the Internet as we know it’ – told for very many years by very many Big Tech mouthpieces – is a giant lie….”

Section 230 is related to Big Tech’s monstrous censorship – but not directly prohibited by it.  The thought behind the law was to provide protections for online platforms – who would then allow everyone to speak.  That quite obviously hasn’t happened.

“Rep. Cathy McMorris Rodgers has developed a ‘Big Tech Accountability Platform’ that would scrap the liability protections contained in Section 230 of the Communications Decency Act or develop a timeline under which the protections would end, as a ‘legislative starting point.’

“‘To avoid congressional action, Big Tech hides behind groups of their own creation and relies on philosopher-academics who claim righteousness on what the “proper” interpretation of “the 26 words that created the Internet” [are],’ wrote Ms. McMorris Rodgers in a memo to her GOP colleagues. ‘To stop this evasion and their stall tactics, I recommend we work with House Democrats and the Senate to reach an agreement in an upcoming legislative vehicle to sunset or establish a reauthorization date for Section 230.’”

Now, we are realists.  We hardly get anything we want out of DC.  We certainly never get everything we want.  So, compromise is something with which we have learned to live:

“Now, if you really think we need Section 230 protections to protect new tech companies as they attempt to rise up the economic ranks?  (Which quite obviously didn’t help Parler – or a million other companies of whom we’ve never heard because Big Tech killed or consumed them.)

“Once a company reaches half-a-TRILLION dollars, it can start paying for its own third-party liability protection.”

“McMorris Rodgers told Republicans she’s looking at ‘scrapping Section 230 for the biggest tech companies’ while retaining it for smaller up-and-comers.”

That’s a really good place to break ground – on beginning to rein in out-of-control Big Tech.