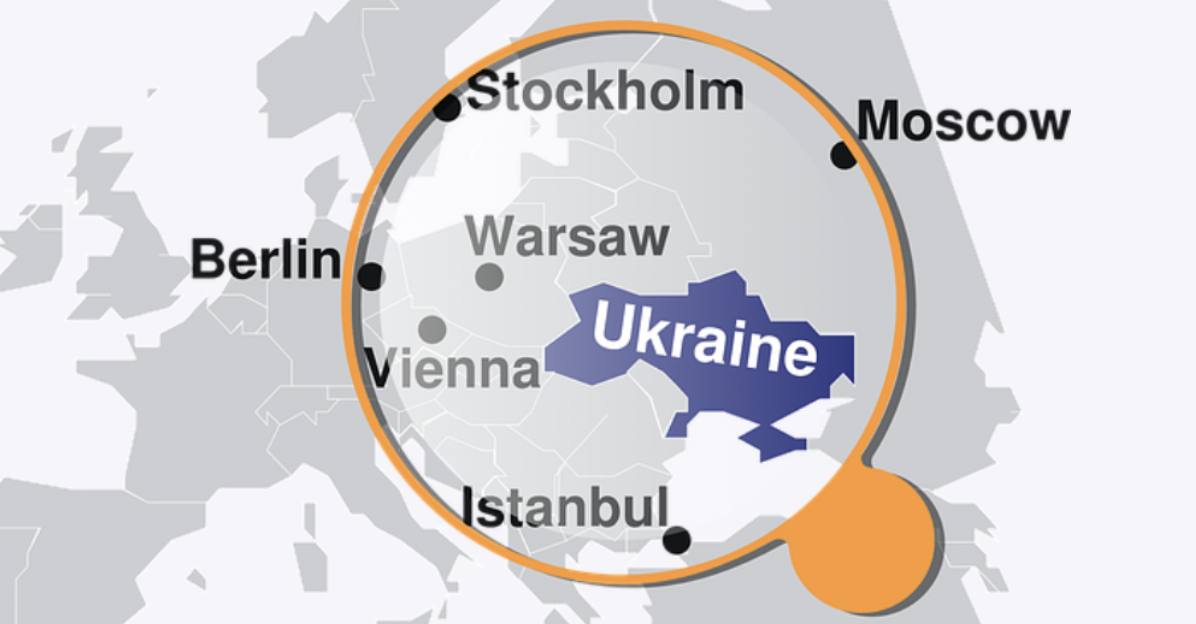 We have literally zero national interest in the border skirmish between Russia and Ukraine.

As absorbed as DC seems to be with that remote, nothingness tiff – the only purpose it can actually serve is as a visual aide for a border DC should be defending:

The North Atlantic Treaty Organization (NATO) should have ended five minutes after the Soviet Union did.  Since the entire point of NATO was to protect Europe from the Soviet Union.

But this is government – where nothing ever ends.  Had Cro-Magnon Man’s prehistoric governments started a Saber-Tooth Tiger Treaty Organization – the US would still be over-funding it.

And we LOVE committing ourselves to wars over remote, nothingness tiffs.  There are 194 countries on the planet.  We are by various treaties obligated to go to war in defense of 67 of them.

Our pushing NATO membership further and further into eastern Europe – closer and closer to Russia – is a key contributor to Russia’s ongoing, rolling annoyance level.

Thank goodness Ukraine ain’t yet a NATO member.  Else we would, by NATO requirement, HAVE to go to war with Russia should they invade Ukraine.  (Ukraine would be #68.)

Meanwhile, Russia is now a shambling, hollowed-out shell of its former self.  If this is high school – and life is high school extended – Russia is the Recording Secretary of the Chess Club.  The European Union (EU), meanwhile, is – relatively speaking – the football team’s middle linebacker.

And we have a NATO to obligate US to go to war – to protect the football player from the chess player.  Government is stupid.

As that pathetic GDP number indicates, Russia has no actual economy of which to speak.  Save for the petroleum on which it stands.  Russia is a gas station – with a country attached.

Oh yes – Europe ain’t the only stupid ones.  We import Russian petroleum too.

And, of course, DC Democrats are into Year Two of assiduous navel-gazing – during which they are trying to determine just how much US economic self-destruction they can get away with doing in the name of changing the weather.

Climate Change: An Excuse for Democrats to Transform the US Economy

Russia?  Not so much.

Russia’s Oil Output Could Peak In 2023

Oh yes – we import Russian coal too.  And while we trip over our own feet with our attempts to go solar and wind….

We keep discussing the very many economic impositions we could emplace upon Russia should they invade Ukraine.  What follows is the very best one.

Which we should enact upon their petroleum, and coal – and anything else they export to us.  Regardless of whether or not they violate the selective sanctity of an international border.

Build Back Never: Let’s Carbon Tax Them – Not US

Putin using cheap energy – means everything they do is cheaper.  As we make everything more and more expensive – by using expensive energy.

This is radically unfair to US producers.  Who are getting undercut and undermined (SWIDT?) by cheap Russian imports.

So we should impose border adjustment tariffs upon Russian imports.

To at least attempt to address the huge advantages Russia has as a result of the cheap energy they use – that Democrats are eliminating here.