Let’s Make Sure the Next Farm Bill Is ‘America First’ 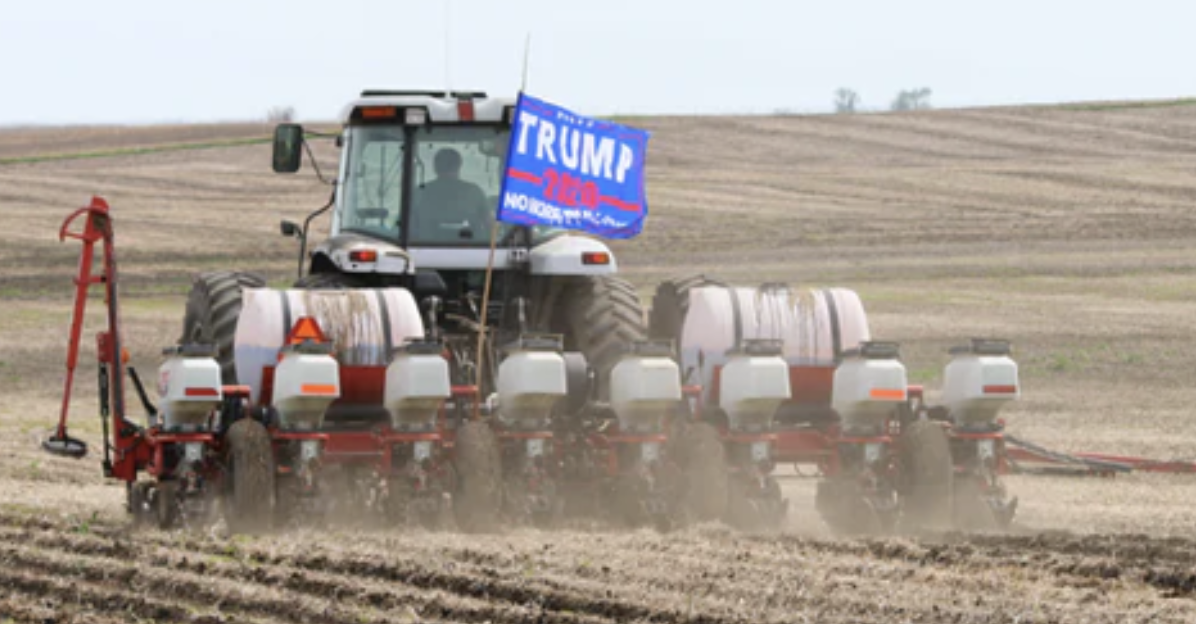 Like him or not, much of DC must now be viewed through a Donald Trump prism.  As in: Was the last time we discussed “X” pre-Trump – or post-Trump?  Because the entire paradigm for “X” – has almost certainly, dramatically changed.

Before Trump, there was nigh total DC unanimity on Communist China.  And that was: Our idiotic, America Last, one-sided, tens-of-millions-of-jobs-stealing, trillions-in-Intellectual-Property-stealing, Gross-Domestic-Product-stealing, morality-free “free trade” with Communist China – was all great.

After Trump, everyone in DC is…well, publicly pretending to be anti-China.  Because post-Trump – they have to at least pretend.

Of course, most of them continue to cash in on the Chinese bribery cronyism.  And they are proposing the usual, crony-paying slush funds – but they’re now calling them “China competition” bills.

Here’s another example: The Farm Bill.

The last Farm Bill was passed in 2018.  Which was, in fact, halfway through Trump’s term.  But the Trump Effect was only beginning to gain strength and power.

The 2018 Farm Bill passed largely via DC inertia – and it showed.  And most of the work on it was done in 2017 – when Trump was barely settling into the White House.

The farm portion of the Farm Bill – not the food stamps portion – is about protecting America’s farmers.  Ensuring we have a domestic base of food manufacturing operations.

Until we woke up during the government-imposed flu lockdowns – and realized we don’t make anything anymore.  And we are now still having supply chain issues – with just about everything.  Including food….

You know what’s much easier and more reliable than shipping something from Communist China?  Driving it from Charlottesville, Virginia.  Or Cheyenne, Wyoming.  Or….

A key component of of Trump’s America First – is re-insourcing what DC spent the last five decades outsourcing.  And ensuring maximum domestic production of…as much stuff as is possible.

That means having trade, regulatory and tax policies that don’t punish people and businesses for being here – and reward them for leaving.

It is this prism through which we must look at the Farm Bill.  Because of all the things humans manufacture – food is far-and-away the most important.  Before you can cleanse in your man-made shower, or put on your man-made clothes or turn on your man-made TV – you gotta eat.

We’re freaking out about a quarter of the world’s wheat being grown in Russia-Ukraine – where the supply chain is currently being disrupted.

Meanwhile our government – in the name of “conservation” – prohibits farming on 21 million acres of prime farmland.  And is looking to ban 4 million more.

In light of the supply chain problems and food shortages, our farmers are asking to be allowed to farm some of it.  And being told no.

That means better trade deals.  Many nations mass-subsidize their crops – which mass-undercuts our farmers.  Those subsidies need to be negotiated down – and ultimately away.

Because America, you know, really should be America First.  For everyone – and in everything we do.

Including farmers – and the Farm Bill.