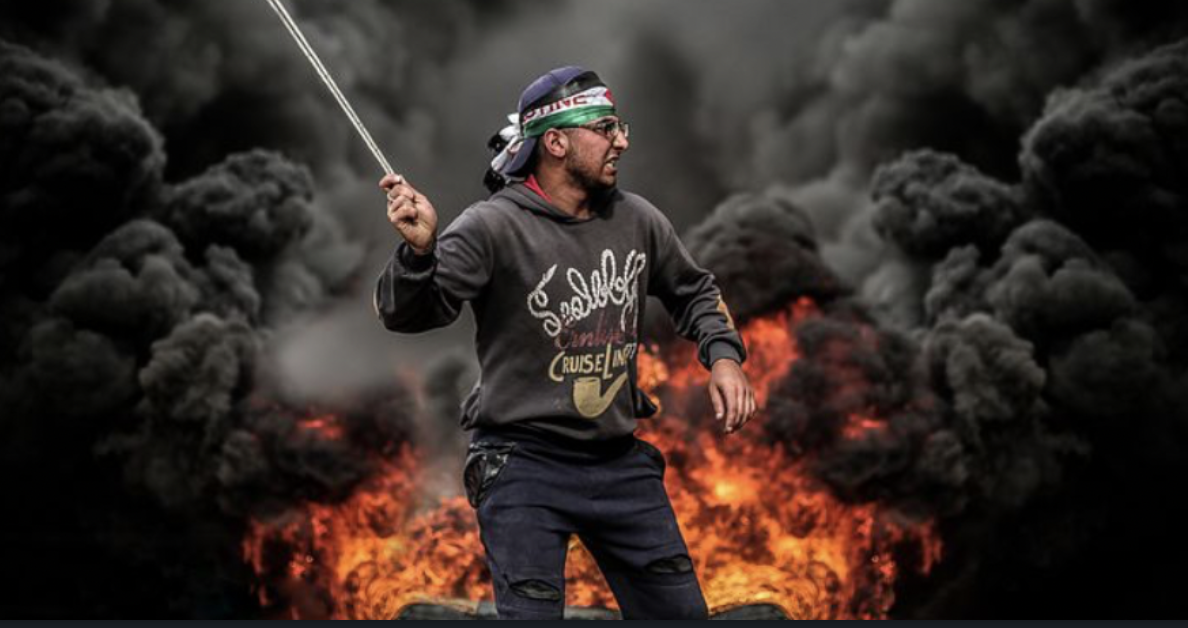 Let’s correctly define our term, shall we?  Per Merriam Webster….

Insurrection: “A usually violent attempt to take control of a government.”

So January 6 was absolutely not an insurrection.

The only violence committed – was AGAINST the alleged insurrectionists (Rest In Peace, Ashli Babbitt).

And I remain unaware of any vegan plan for taking over and running the government that our beloved leader Horned Hat Guy had.

You know who also knows January 6 wasn’t an insurrection?  The Federal Bureau of Investigation (FBI).

How does the FBI know January 6 wasn’t an insurrection?  Because their guys and gals were all up inside January 6.

The FBI Admits to Having Informants at January 6th Protest

But DC remains steadfastly impervious to facts.  And never allows facts to get in the way of a good beating.

Meanwhile, DC has ignored a year-plus worth of real – and deadly and very costly – insurrections.  And, in fact, many decades of political violence of all sorts.

Because all of those political violences – have been committed by Leftists.

If the Left can expand the definition of “insurrection” to include people with zero plans for power being allowed by police into a government building?

And now, a partial recap of the recent instances….

Portland Protesters Barricade Courthouse with Federal Officers Inside, Then Try to Set It on Fire – July 22, 2020

And even the very day before the January 6 fake insurrection – the Left yet again got much closer to a real insurrection.

“(I)n most instances the radicals in Black Lives Matter and Antifa were allowed to get away with their heinous actions last year, even being treated as heroes by the mainstream press and Democrats – some of whom, like Harris and the Biden campaign, promoted their bail funds.”

Which brings us to late last week.  When the following happened – the very latest in a VERY long line of Leftist violences.

“A demonstration in Washington, D.C., against fossil fuel projects turned violent Thursday when climate change protesters stormed the U.S. Department of the Interior building and occupied a space inside the federal building for hours….

How very insurrection of them.  Unlike on January 6 – the cops weren’t inviting in these people:

“Police and protesters clashed during the confrontation. The police reportedly used Tasers in order to control the crowd attempting to bulldoze their way into the Department of Interior building.”

We are now nearly ten months into the totally bogus January 6 Committee sham show.  Is DC ramping up anything remotely similar into this latest, actual attempted insurrection?

Of course not.  Don’t be ridiculous.

So, We’re Just Going to Ignore a Bunch of Green Warriors Who Tried to Storm the Department of the Interior?

And, of course, the Left getting away with it this time – means there will indubitably be a next time.

Because why would the Left stop engaging in violences – if nothing happens to them when they engage in violences?

Why Charges Against Protesters Are Being Dismissed by the Thousands – November 19, 2020:

“Prosecutors declined to pursue many of the cases because they concluded the protesters were exercising their basic civil rights.”

First Amendment: “Congress shall make no law…abridging…the right of the people peaceably to assemble….”

Emphasis ours – because duh.  “Basic civil rights” does NOT include assaulting and occupying government buildings.  Arson, looting and vandalism are also beyond the definition of “basic civil rights.”

And in many, many cases – it’s these prosecutors doing the dismissing….

January 6 ‘Political Prisoners’ Rotting Away in Dedicated DC Prison, Without Bail or Trial

January 6 Protesters Held in Solitary, No Bail, Some Without Charges

How do we know Leftists getting away with violence leads to more Leftist violence?

Because Leftists have been getting away with violence for decades.

In the Proud Tradition of Leftist Domestic Terrorism…

Antifa’s Deadly Year Shows the Extremism on the Far Left

The Black Lives Matter Movement Must Solve Its Violence Problem

From Spikes to Bombs: The Rise of Eco-Terrorism

Most Notorious Acts of Ecoterrorism

Ecoterrorism: The Attacks We Forget

And because Leftists keep getting away with their violence – we can with moral certitude know there will be more Leftist violence.