If It Helps America, Biden and His Democrats Won’t Do It 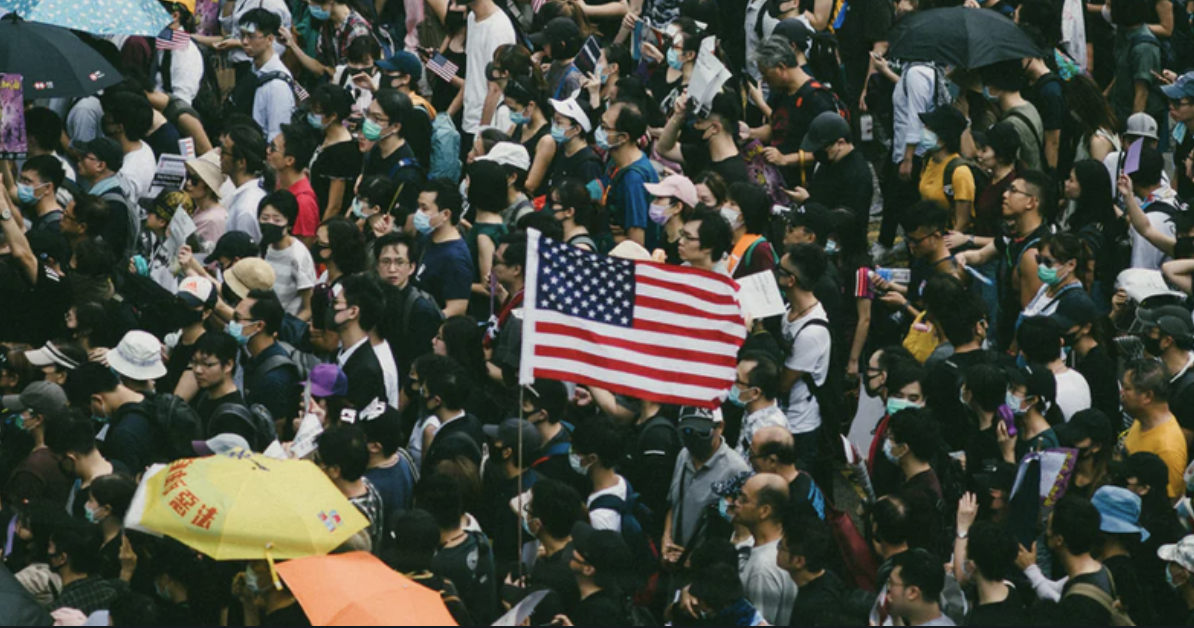 How did we so very quickly go from such Donald Trump-ian highs to such Joe Biden-esque lows?

It was DC’s shift from America First – to America Last.  Trump wanted what’s best for America.  Biden and his Democrats?  Not so much.

Why Are Democrats Opposing Americans in Every Way?

Why Liberal Elites Are So Resentful of Middle America

Nothing the Biden Administration has done makes any sense at all – unless you look at it all through the prism of “We Democrats really don’t like America.”

What That Gallup Poll Actually Found: Democrats Don’t Like America

Poll Shows That Many Democrats Really Do Hate America

It’s not like Democrats haven’t spent the last several decades telling us they don’t like America.  When they’re not burning US flags – they’re forgetting to get any as fake-patriotic props for their convention.

Here’s an exercise and experiment: Your spouse/significant other asks you if you love him/her.  Respond by saying you want to fundamentally transform him/her – and see how that goes.

Everything Biden and his Democrats have done – has made things worse for America.

Inflation Exposes the Arrogance of the Biden Democrats:

“Of all the Democrats’ gestures of contemptuous indifference toward ordinary people, President Joe Biden’s 8.5% inflation rate is the most provocatively insouciant….

“One should not minimize the impact of other blows to public morale from outrages such as the cultural revolution against every traditional norm, the disgrace of U.S. capitulation to a ragtag army of medieval Afghan farmers, Biden’s abandonment of national sovereignty at the Mexican border, or the performative diktats of his tinpot COVID bureaucrats.”

To ensure maximum damage – Democrats won’t negotiate with anyone on anything.  This too isn’t a new development.

Obama to John McCain on Obamacare: ‘The Election’s Over’

McCain: “Remove all the special deals for special interests and the favored few.  And treat all Americans the same under provisions of the law….”

Obama: “Let me just make this point, John.  Because we’re not campaigning anymore.  The election’s over.  We can spend the remainder of the time with our respective talking points – going back and forth….”

“Republican Eric Cantor went to the White house on day three of President Obama’s presidency. At the time, Obama and Democrats had total control of the White House, Senate and House.

“Cantor tried to share ideas with President Obama for stimulating the economy and creating jobs.  When Cantor pushed for small business tax-cuts, President Obama said ‘Elections have consequences, and at the end of the day, I won.’

“Instead of business tax cuts that would have actually stimulated the economy, we got the failed Porkulus bill that only stimulated unions and other democratic special interest groups.”

Obama: I Will Not Negotiate On the Debt Ceiling

And Democrats’ hyper-partisanship is a two-way street – well, in its way.  Democrats also continue to steadfastly refuse to help Republicans clean up Democrat messes.

The Democrat Party’s universal position on working with anyone besides themselves?  A big, fat Nay.

Democrats who deviate even slightly from The Party Agenda – also get targeted for destruction.

All of this is to say:

The old DC paradigm of both sides of an issue lobbying members of Congress to move as far to their side as they can get them – before both sides sit down and negotiate a legislative compromise?  Thanks to Democrats – those days are LONG gone.

So when very good ideas are proposed by anyone in Congress?  Ideas that are good for America and Americans?  You can – with near moral certitude – know Democrats will oppose them.  And will not consider even discussing them.  And will – if they can’t defeat a good bill – insert so many poison pills that to pass it you have to accept far more bad than the original good.

Even things that used to be bipartisan – now are not.  Once upon a time, technology policy was bipartisan.

The Telecommunications Act of 1996:

“The most significant overhaul of our nation’s telecommunications laws since 1934 was signed into law by President Bill Clinton on February 8, 1996.1 Passed by a bipartisan Congress, the Telecommunications Act of 1996 opened virtually every sector of the telecommunications industry, including local and long distance telephone services, cable television, and equipment manufacturing to competition. The Act also made changes affecting the regulation of both radio and television, modified spectrum allocation, and created the Communications Decency Act.”

If you can even remember – think all the way back to 1996.  Think the Internet’s changed more than a little since then?  Think our wireless communications system has changed a bit?

But the law has not.

The rewrite hasn’t happened – because Democrats are owned and operated by Big Tech companies that benefit mightily from the outdated status quo.

The rewrite hasn’t happened – because Democrats insist it include hyper-partisan, America Last ideological hobby-horses.  Like Net Neutrality.  Like force-feeding God-awful government Internet service to states that don’t want it – because they know it’s God-awful Internet service.

And by passively blocking legislation written and passed by our elected officials?  Democrats open the door to illegal, unelected-bureaucrat, unilateral fiats that impose these awful policies – that they know can not actually pass any Congress.

“The senators did not explicitly advise NTIA to put net neutrality conditions on the money, but their signal was clear.”

So when next presented with really awful Democrat policy – which you can be sure will be very, very soon – you’ll understand why.

Democrats don’t like America.  And they’re doing everything they can to destroy it.