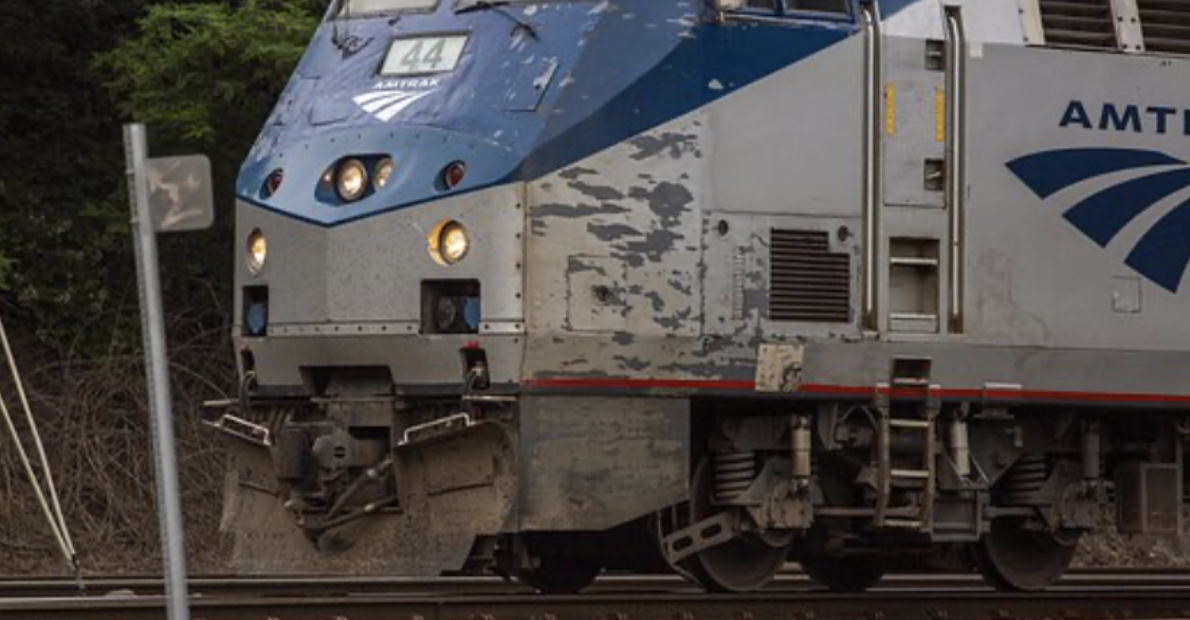 Amtrak is literally a series of clown cars.

More Corruption: Hunter Biden Was Also Put on the Amtrak Board:

“Democrats argued, ‘He spent a lot of time on trains.’”

The Bidens’ crony train and Elon Musk’s crony car would not – and can not – exist without MASSIVE, perpetual infusions of government money.

2018: Government Electric Car Subsidies Are ‘Costly Subsidies for the Rich’:

“(F)ederal manufacturing grants and loans have a worth of $40.7 billion over the lifetime of the programs….”

“Amtrak has cost the government over $45 billion in subsidies over the last 44 years….

“The bipartisan Passenger Rail Reform and Investment Act of 2015 would subsidize Amtrak by an estimated $7 billion from 2016 to 2020.”

Of course all of that government money – is taken by government from We the Actually Productive People.  So that’s Amtrak indirectly picking our pockets.

Why Your Insurance Company Pays 250% What Medicare Pays

Amtrak spends its time riding rails – for which they do not pay at all to build or maintain.  Private freight rail companies lay the track – and Amtrak free loads upon it.

And not only does Amtrak free load on private rail lines…:

“By law, the freight railroads must give Amtrak and passenger rail priority use of the track.”

How very Medicare of Amtrak.

It’s why you don’t want the government pretending to be the private sector in ANYTHING.  They write the rules of the game – then play the game.

It’s like having the baseball umpire also pitch for the other team.  How are those ball-and-strike calls going to go?

Hunter has been handed millions of dollars by foreign, often enemy governments to “lobby” Daddy.  But no one really takes him seriously as a man looking to seriously redress serious grievances.  Everyone knows he’s a crony crack hack.

Amtrak has been handed tens of billions of our government’s dollars.  And because Amtrak gets government money – it should be prohibited from lobbying government.  Because duh.

Government entities, say, asking for more government money – isn’t lobbying.  It is inter-government budget negotiations.  It’s why teacher and other public sector unions should be outlawed.  Even uber-Leftist Franklin Delano Roosevelt thought so.

Smart parts of the country are looking to outlaw government entities lobbying government.

Of course it faces a fierce fight – from government-funded lobbyists.

Amtrak plays all sorts of political games with our money.  For instance, Amtrak made $356,299 in political contributions in the 2020 election cycle.

And no matter how much Amtrak is already getting from government – Amtrak is always looking for more.

Congress, STB Try to Help Amtrak Get on Track with Performance Metrics:

“Democratic congressional leaders – U.S. Sens. Dick Durbin of Illinois and Richard Blumenthal of Connecticut and Rep. Donald M. Payne Jr. of New Jersey – introduced…(a) bill (that) enables Amtrak to sue freight railroads in situations in which it might be unclear whether the freight railroads are providing passenger rail with preferential access.”

Get all that?  Government mandates private rail companies give perpetual priority – on the rails for which the private companies pay – to Government Amtrak.  And Amtrak STILL can’t get its act together.  So now government is looking to give Amtrak the power to sue the companies upon which Amtrak is perpetually free-loading.

And: As if free-loading Amtrak’s history of perfect failure wasn’t enough?  They have REALLY HUGE plans going forward.

And Government Amtrak’s meddling in government – never seems to stop.  Even if it screws the private companies upon which they are perpetually free-loading.

CSX Files Expanded Application with Surface Transportation Board to Acquire Pan Am Railways:

“CSX Corp. today announced that it submitted an amended and supplemented application to the Surface Transportation Board (STB) as part of the previously announced agreement to acquire New England’s Pan Am Railway’s Inc. (Pan Am)…

“The proposed transaction would result in significant investments in the region’s rail infrastructure. Over the next five years, CSX would invest to upgrade and modernize the Pan Am system, which will make the New England rail network more efficient and safer for operations, communities and passenger rail.”

This acquisition will result in massive rail improvements throughout the northeast.  Which benefits everyone – including free-loading Amtrak.

Except, bizarrely, free-loading Amtrak opposes it.

I can ascertain no legitimate, discernible reason why Amtrak opposes.  And neither can Amtrak, given its CEO’s ridiculously amorphous statement.

“‘As currently proposed, the acquisition of Pan Am by CSX represents a significant threat to the American traveling public which relies on Amtrak and our state partners to deliver frequent, reliable and sustainable intercity passenger rail service.

“‘Unfortunately, we believe the proposed merger, in its proposed form, will negatively impact current passenger train service and future routes in Massachusetts and Northern New England that are identified in the Amtrak Corridor Vision.’”

He can not – because it does not.  In fact, millions in rail investment dollars will (of course) dramatically help ALL rail service.  Including Government Amtrak’s free-loading passenger service.

Literally NOTHING about Amtrak makes any sense at all.