Defense IG to Congress: Take Your Amazon Cronyism Oversight and Shove It 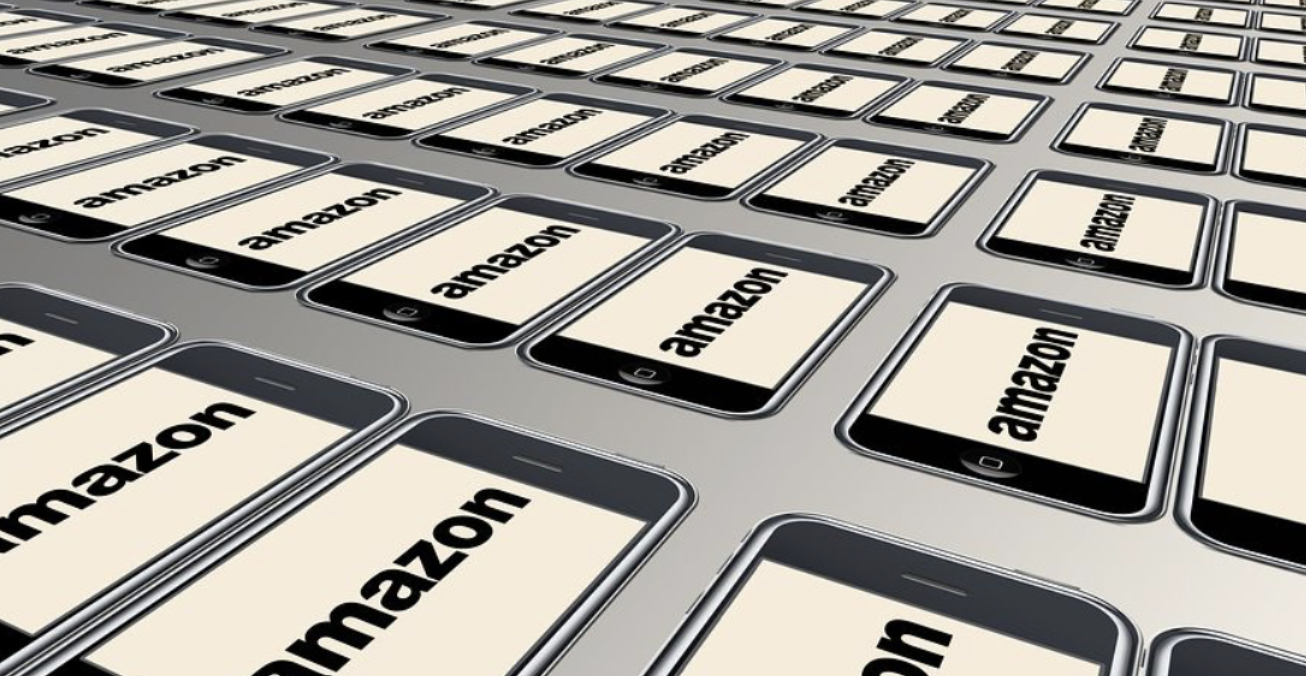 They’ve taken over nearly the entirety of global retail.  Killing tens of millions of jobs in America and worldwide – while hiring thousands.

And they’ve done it – by intentionally not making any money.  They have charged below-their-cost for tens of thousands of items every day – for decades.

This unfair undercutting has murdered millions of businesses – who actually had to, you know, make money to survive.  Leaving Amazon to fill all the smoking holes they themselves created in the economy.

Amazon’s No-Profit Model: Bleed Competitors to Death – Then Do Exactly What They Did

How has Amazon Retail afforded the ability to lose money for decades – and still murder global retail?  By running other businesses that make money – and using that money to subsidize Amazon Retail.

“Amazon Web Services (AWS) will break the $6 billion mark in 2015. In Q1 alone it generated $1.6 billion. This is a hefty sum and to the surprise of many in the technology industry it means AWS is bigger than its four main cloud competitors combined….

“How could Amazon wallop the likes of Salesforce, Microsoft, Google and IBM? The answer is a highly effective tactic retailers will recognize from painful personal experience – since launching in 2006, AWS has announced 48 price decreases.

“Margin-killing prices are a Jeff Bezos technique to squeeze the competition, regardless of the financial distress it inflicts on his own company. You almost have to feel sorry for the biggest tech titans in the world that Bezos is running roughshod over….”

Anyone defending Amazon’s corrupt business practices as “the free market at work” is, of course, an idiot.

Which brings us to Amazon and government.

Does anyone think a company that behaves this badly in the private sector – isn’t going to behave just as badly in the public sector?  Anyone who does think that is, of course, an idiot.

Amazon bribes the crap out of government at all levels.  And enjoys craploads of cronyism in return.

Amazon, Cronyism, and the Peril of Endless Government Meddling

Likely the largest contract the US federal government ever offered – was the 2018 $10 billion cloud computing contract for the Defense Department (DoD).

Which, when announced, had already been crony-hardwired for Amazon to win.

‘Everybody Immediately Knew That It Was for Amazon’: Has Bezos More Powerful in DC Than Donald Trump?:

“(W)hen (Joint Enterprise Defense Infrastructure) JEDI was issued, on the day Congress recessed for the summer, the deal appeared to be rigged in favor of a single provider: Amazon.

“According to insiders familiar with the 1,375-page request for proposal, the language contains a host of technical stipulations that only Amazon can meet, making it hard for other leading cloud-services providers to win—or even apply for—the contract….

“(T)he process of crafting JEDI bears all the hallmarks of the swamp that Trump has vowed to drain. Though there has long been talk about the Defense Department joining the cloud, the current call for bids was put together only after Defense Secretary James Mattis hired a D.C. lobbyist who had previously consulted for Amazon.

“The lobbyist, Sally Donnelly, served as a top advisor to Mattis while the details of JEDI were being hammered out. During her tenure, Mattis flew to Seattle to tour Amazon’s headquarters and meet with Jeff Bezos.

“Then, as the cloud-computing contract was being finalized, Donnelly’s former lobbying firm, SBD Advisors, was bought by an investment fund with ties to Amazon’s cloud-computing unit.”

“…makes it much more likely you’ll get government contracts….

“Ubhi describes himself as USDS’ ‘Product Guy.’  Sounds like procurement to me.

“Ubhi’s LinkedIn headline says he works for USDS – but his employment history says he works as ‘Product Director’ for Defense’s DDS.  Sounds like procurement to me.

“And where did Ubhi work immediately prior to government? Why look…uber-Big Tech company Amazon. You know, the company owned and operated by Jeff Bezos – the world’s richest man and an outspoken anti-Trump agitator.

Well, it appears Trump was a little more powerful than Bezos after all.

A ‘Drain the Swamp’ Test: Will the Trump Admin Reward Amazon’s Killer Cronyism?

And the result of the Trump Administration’s review?

The Trump Administration decided the process was too crony-corrupted by Amazon.  So it chose someone else.

So Amazon sued.  Because of course.  And rather than waste years and tens of millions of dollars fighting this out in court….

So nearly four years later, the DoD has to start over all over again.  And our fighting men and women STILL do not have state-of-the-art information capabilities they need to, in many instances, avoid dying.

Well, Congress is finally looking into Amazon’s obnoxious cronyism in the matter.

“Previously undisclosed emails appear to indicate that as Amazon pursued the now-canceled $10 billion JEDI cloud contract, it enlisted such an array of Defense Department influencers that a pair of Republican lawmakers now want company officials to explain their potential “improper” influence on the failed deal.

“Rep. Ken Buck (R-Colo.) and Sen. Mike Lee (R-Utah) said emails disclosed in a New York Times report reveal that top DoD aides lavished praise on the cloud-computing giant — so much so that it made at least one prominent Trump administration official wary….

“In a 10-page letter sent to Amazon in May, Rep. Buck and Sen. Lee expressed concerns about the way Amazon went about its pursuit of the contract….

“‘Specifically, we are concerned that Amazon may have attempted to monopolize one or more markets relating to government and/or commercial cloud computing services by improperly influencing the Joint Enterprise Defense Infrastructure procurement process,’ the pair wrote….”

And believe it or not – the inquiry is bipartisan:

“Congressman Chris Stewart (R-UT) secured a bipartisan agreement to obtain documentation and information from the U.S. Department of Defense (DOD). This critical information is regarding the findings of an investigation into the Joint Enterprise Defense Infrastructure (JEDI) program.  The ten-year, $10 billion contract is rife with ethical and procurement issues.

“Despite that fact, and despite multiple requests from Rep. Stewart, the DOD has failed to deliver full responses regarding these serious concerns.”

The DoD has “failed to deliver full responses?”  That’s a gentle way of putting it.  Here’s a less gentle way….

“Emails reveal that the auditor shielded potentially compromising evidence from the public.

“The Pentagon’s Office of Inspector General denied the public a complete view of alleged corruption in the notorious Joint Enterprise Defense Infrastructure, or JEDI, program when it left gaping holes in an audit released last year.

“The investigator cleared many senior defense officials of favoring Amazon for the program’s $10 billion cloud services contract and also asserted its belief that the Defense Department was not pressured by the White House when eventually making the surprise decision to issue the award to Microsoft.

“However, new documents show the auditor shielded potentially compromising evidence from the public.

“The Intercept also obtained copies of the deposition via the Freedom of Information Act and emails from a source, and a closer look exposes even greater signs of advocacy for the Silicon Valley giants.

“The documents indicate that the DOD IG — when tasked with investigating the integrity of one of the most disputed and lucrative government contracts in recent years — glossed over evidence of a tainted acquisition.

“That decision may be even more troubling since the auditor’s report demonstrates defense officials had notable financial ties to Amazon but nevertheless cleared them of wrongdoing, as The Intercept reported last month.

“In particular, the DOD IG discovered Sally Donnelly was serving as a senior adviser to former Defense Secretary James Mattis when she received a $390,000 outside payment that she did not disclose until after leaving the Pentagon.

“That payment stemmed from the earlier sale of her consulting firm — which had Amazon as a client — to British financier André Pienaar, who had ties to Amazon as well. It arrived in March 2017, the same month Mattis and Donnelly dined with Pienaar and his romantic partner, then Amazon executive Teresa Carlson, laying the groundwork for a future meeting with Amazon CEO Jeff Bezos.

“The DOD IG noted Donnelly consulted a Pentagon ethics attorney about her financial disclosures but didn’t address the proximity of the March payment to the pivotal dinner. That oversight led Sen. Mike Lee, R-Utah, and Rep. Ken Buck, R-Colo., to criticize the integrity of the report and request Attorney General Merrick Garland to reevaluate Amazon’s influence on the JEDI program in May….

“Donnelly and other defense officials cleared by the DOD IG, including Mattis, no longer work at the Pentagon. But last week, the DOD announced it’s abandoning the $10 billion JEDI deal with Microsoft anyway, claiming the military’s evolving data processing and artificial intelligence activities now require the services of multiple companies.

“That shift is undoubtedly likely to benefit Amazon, which had derailed the contract from ever even starting by filing a lawsuit asserting that former President Donald Trump unfairly tilted the scale to Microsoft.”

Amazon and its cronyism is SO huge – even when they lose, it opens up yet another opportunity to win.