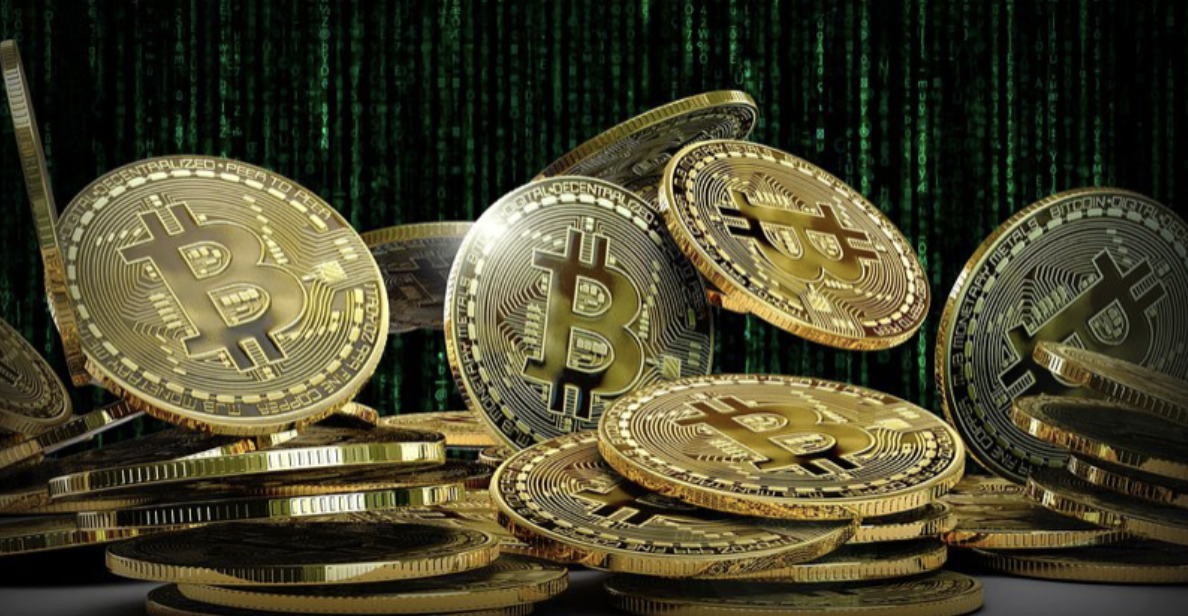 Many of the Deep State bureaucrats with which We the People are afflicted?  Go in and out of government – via a metaphorical revolving door to and from many crony parts of the private sector.

People leave private crony sector gigs – for government gigs overseeing the sectors they just left.  And later revolve back to the sectors they were just overseeing.  Where they receive many accolades – and LOTS of money.  Lather, rinse, repeat….

And perhaps the largest of these many private crony sectors – is Wall Street.

Wall Street is famous for destroying millions of US businesses and hundreds of millions of US lives – by shamelessly outsourcing much of our economy to Communist China.

First: We should define a couple of monetary terms.

Currency: “Circulation as a medium of exchange.”

Security: “An instrument of investment in the form of a document (such as a stock certificate or bond) providing evidence of its ownership.”

Cryptocurrencies are…currencies – and quite obviously not securities.  They are money – not stocks.  Which means the Securities and Exchange Commission (SEC) – can not regulate them.

Even the SEC has acknowledged this.

But if you’re a mite confused by the government and its crypto-pronouncements – it’s only because you’ve been paying attention.

But as you will see, there was a method to Clayton and Hinman’s muddled-ness.

So this was a really bad deal….

“The complaint alleges that the defendants failed to register their offers and sales of XRP (their cryptocurrency) or satisfy any exemption from registration, in violation of the registration provisions of the federal securities laws.”

There’s a reason US-based Ripple didn’t “register their offers and sales of XRP.”  Because XRP is a currency – not a security.  So they under no obligation to register with the SEC.

In fact, for clarification’s sake Ripple had for years been begging the Clayton-Hinman SEC to define XRP as either a currency or a security.  Crypto trading platforms had also asked for a ruling on XRP.

In January 2020, the Clayton-Hinman SEC was STILL futzing around.  Commodity Futures Trading Commission Chairman Heath Tarbert said at that time “It’s unclear. Stay tuned. We’re working closely with the SEC to figure out what falls into what box.”

Clayton and Hinman had already definitively stated Bitcoin and Ether were not securities.  But never provided any such clarity for or about XRP.

Until the Clayton-Hinman SECs ridiculous December 2020 case.  Which ridiculously, retroactively declared XRP a security – going all the way back to its 2013 creation.  And thereby declaring nearly all things XRP – retroactively illegal.

Which was, of course, egregiously damaging to Ripple and XRP – and its millions of retail investors.  The XRP price tanked.  Trading exchanges delisted or suspended trading – for fear of the SEC lawsuit asserting all XRP sales were and are illegal.  This locked up the holdings of everyone – including XRPs retail investors.  Who were trying to cut their government-imposed losses in the midst of a panic.

The Clayton-Hinman SECs case makes no legal sense.  But it makes quite obvious crony sense.

Clayton filed the suit on December 22 – HIS LAST DAY AT THE COMMISSION.  Guess where he landed his next gig?  If you guessed Wall Street – congratulations.  Oh – and guess on what he’s working?

“(In) the fourth quarter of 2020,… (One River founder and Chief Executive Officer Eric) Peters started a digital asset subsidiary and raised funds…to invest in Bitcoin and Ether….

“Under Clayton, who left the SEC in December…, regulators determined Bitcoin and Ether weren’t securities, removing an overhang that could have impeded trading and acceptance of those tokens.”

Get that?  In October 2020, One River starts investing in Bitcoin and Ether.  In December 2020, Clayton slams Bitcoin-Ether competitor XRP with a ridiculous government suit.  In March 2021, One River hires Clayton.

What follows is the rather obnoxious timeline of Clayton and Hinman’s revolving door Chinese cronyism.  Their business interests – which bookend their 2017-2020 tenure at the SEC – demonstrate a CLEAR conflict of interest.

2014: Clayton and Hinman play pivotal roles in the Initial Public Offering (IPO) of Chinese tech giant Alibaba – which owns the payments platform Alipay (a competitor to Ripple).  This transaction earned them millions in fees from China.  Hinman pocketed $15 million on the deal via his law firm – while working at the SEC.

2016: Cryptocurrency mining farms controlled by China take control of the hashrate of Bitcoin.  It remains in control to this day.

(Hashrate: “The speed at which a computer is completing an operation in the Bitcoin code.”)

2017: Clayton and Hinman are appointed to the SEC.  Hinman “leaves” his law firm – but again,  continues getting paid $1.6 million per year by them.

2018: Clayton tells CNBC that Bitcoin is not a security.  Which means less regulation of Bitcoin.  Its price soars.

2018: Hinman gives a widely covered speech which laid out how Ether is not a security.  Which means less regulation of Ether.  Great news for Ether.

China Creates Its Own Digital Currency, a First for Major Economy

The SEC Swats Cryptocurrency Flies While The Chinese Government Takes The Farm:

“The leading American innovators in blockchain solutions are on the verge of leaving the US in frustration. Why? Because Washington has failed to develop a clear regulatory framework that would keep them in the US and ensure American leadership.”

Clayton-Hinman’s SEC was quite clear that Chinese-backed Bitcoin and Ether were nigh regulation-free.

The only cryptocurrency they slammed with massive regulation – was US-based Ripple’s XRP.

Now that you know about all the Chinese money pouring all over – you understand why this is how it is.