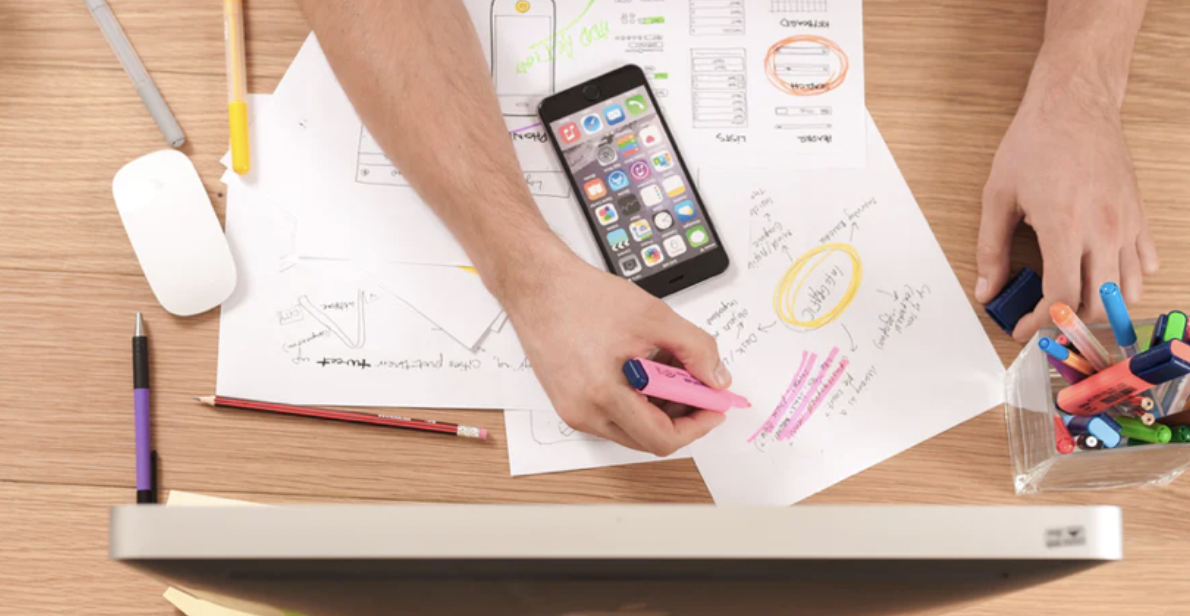 One of the main reasons the economy soared during the Donald Trump Administration – was the corporate tax cuts that were a part of the 2017 Tax Cuts and Jobs Act.

We exist in the midst of a (way too) globalist economy.  We are competing with…everywhere else on the planet to get businesses to come and stay here.  The more competitive our business rate is – the better we’ll do at insourcing employers.

The 2017 corporate tax cut wasn’t radical or even very deep.  It harmonized a ridiculous tax rate range (15%-39%) to a flat 21%.  Which only placed us in the middle of the pack globally – but was a dramatic overall domestic improvement.  The lower average and guess-free flat rate made us a much more attractive locale – and businesses responded.

All of which are but some of the reasons why those of us who have ever held a real job argue for a low, simple, flat tax rate – with as few deductions/adjustments as possible.

Begin with: A progressive tax rate is unconstitutional.  Per the equal protection clause of the Fourteenth Amendment:

“No State shall make or enforce any law which shall…deny to any person within its jurisdiction the equal protection of the laws.”

One tax law with multiple rates – is UN-equal protection before the law.

The lower the rate – the better.  Because competitiveness.  And because the people who make the money ALWAYS do better things with it than the government that takes the money from those who made it.

Then comes the ridiculous array of crony deductions/adjustments.  The more – the worse.

Again, this is un-equal protection before the law.  You can’t have a tax break for someone – unless that tax break applies to everyone.

Tax breaks (and subsidies) for “green energy” companies – are unfair to the real energy companies competing against them for your energy dollar.

And because government is awful at everything – including picking industries to benefit/punish with the tax code.  “Green energy” tax breaks (and subsidies) – is government DEFINITELY backing the wrong horse.

Government doesn’t “pick winners and losers” – it picks losers at the expense of winners.  If your idea is a good one – you don’t need any government cronyism.  No one needs to subsidize ice cream.  One reason bad ideas get government cronyism – is because they need it.

But even if you don’t need government cronyism – you still want to if you can get it.  And if your business is big enough to out-bribe everyone else for our government officials’ attention – you too can get cronyism.

Because our government officials have turned selling cronyism into an art form.

Our government is now inconceivably huge.  The 2021 inanity includes a $5 trillion budget and $2 trillion in regulatory compliance costs.  And that’s not counting the extra $5+ trillion they’re looking to spend on two fake “infrastructure” bills.

These government bills – are each THOUSANDS of pages long.  You can tuck a LOT of cronyism into those fatty, flabby legislative folds.

Because Congress takes maximum advantage of the inherent anti-transparency government hugeness affords them.

So the corporate tax hikes the Democrats are looking to impose to pay for their additional budgetary inanities?  They’ll crush small businesses – while not even actually applying to Big Business.  Because cronyism.

And NO ONE is better at bribing their way to cronyism – than Big Tech.

Why Amazon Pays No Corporate Taxes

Of course ALL of this Big Tech tax cronyism is legal.  Because Big Tech bribed the people who wrote the laws that made it all legal.  But that don’t make it right.

And of course, government does need money to operate.  And if the world’s richest companies are paying NOTHING – We the Screwed get to pay more to subsidize Big Tech’s lavish cronyism.

And the Big Tech cronyism by no means stops with just The Feds.  They’re screwing us everywhere there is government to bribe.

20 Jobs, but $54 Million in Tax Breaks for Google Center in Columbus

Facebook’s Tax Breaks Are Thoroughly Undeserved. But Local Governments Think They’re Worth It

Yes, they’re “worth it” – to the local government officials getting bribed by Big Tech.

Twitter Got a Big Tax Break to Stay in San Francisco. Now Jack Dorsey Says Its Future Is No Longer in the City

Big Tech even gets international tax cronyism from their bribed bureaucrats.

“Biden’s trade people have spent most of his four months in power almost singularly focused on getting monstrous Big Tech out from under some international digital taxes.”

Care for yet another massive dose of corrupt cronyism?  There’s plenty, you know.

The Feds have already spent tens (hundreds?) of billions of dollars on connecting people who are already connected to the Internet – to the Internet.  Pointless redundancy being another government hallmark.

Most of that money has come from a tax – the Universal Service Fund (USF) tax:

This tax – is massive:

“That tax rate has become an even more monstrous 33.4% in the second quarter of this year.  And it’ll be even higher each successive quarter – because it goes up every quarter.”

It also goes up every time three Federal Communications Commission (FCC) bureaucrats decide to vote to further raise it.

This is a ridiculously huge rate.  Why is it so ridiculously huge?  Because Big Tech – the biggest beneficiaries of the government spending billions per annum connecting people to their websites – DON’T PAY THE USF TAX.

The Internet Service Providers (ISPs) – the companies that privately build with their own money the Internet infrastructure that makes Big Tech possible – pay the USF tax.

The government wants to close the non-existent “Digital Divide?”  How about not taxing the companies that already closed it – at a rate now approaching FORTY PERCENT.

While entirely exempting the Big Tech companies from the tax.

The Big Tech companies that have spent nearly nothing to build the Internet.  That simply sit back and free-ride on the Internet the ISPs built – and become trillion-aires whilst reclining.

The Big Tech companies that have bribed their way to zero federal income tax and massive state and local tax exemptions – should at least kick in to the USF tax-and-spend program that directly, massively benefits them.