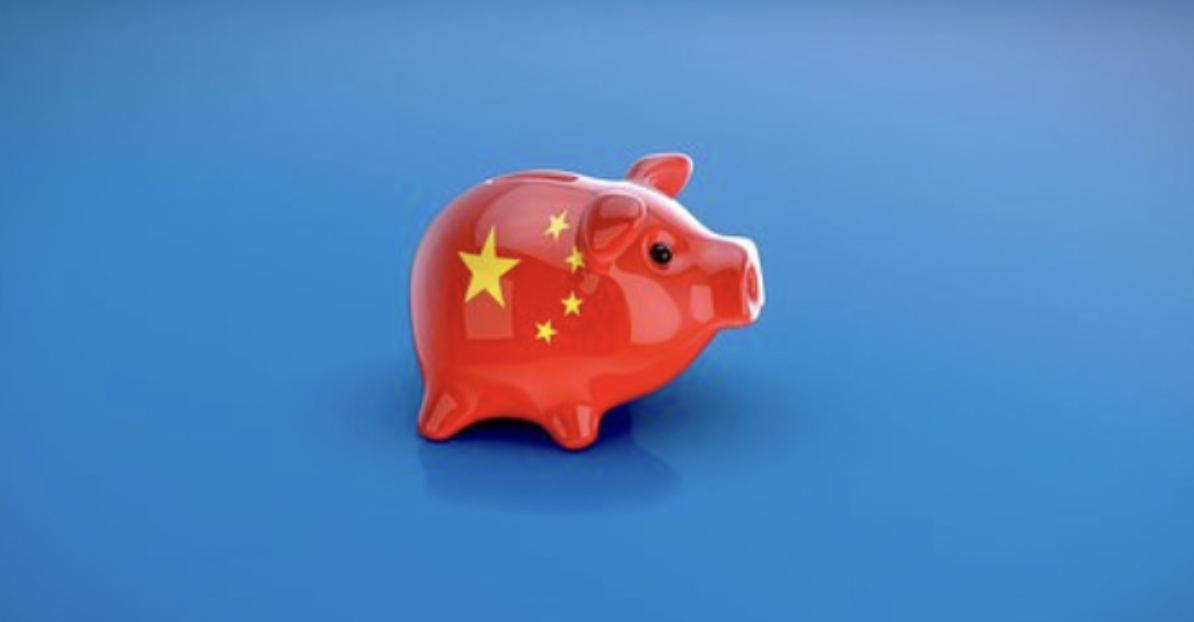 Monday’s stock market slide could have been a response to any of the very many awful economic indicators we are currently facing.

A lot of the blamers were blaming China’s over-leveraged monster property development company The Evergrande Group.  Evergrande just noted that perhaps they may not be able to pay back the $300+ billion they currently owe.  That they borrowed from suckers – oops, I mean lenders – all over the world.  So their looming default threatens the entire world’s economy.

China’s uber-cronyism made Evergrande into a global monster – #122 on Fortune’s August Global 500 hugest companies list.  Because no one succeeds in China – unless the Communist government allows it to happen.  Many of the Communists’ favored companies – have gotten really, REALLY huge.

Now it looks like China is realizing that having a few crony companies dominate the entire economy may not be the best way to run a railroad.  Over the last several months, China has started to undo its cronyism for once-favored companies.

No company is “too big to fail” – when the government cuts off the cronyism.

It’s true of China’s Evergrande.  And it’s true of Big Tech companies.  In China, the US – and anywhere else they arise to stomp out the Main Street portion of the global economy.

China Is Cracking Down Hard on Big Tech:

“Over the past few weeks, the Chinese government’s crackdown on Big Tech companies has intensified. The giants have all felt the brunt of heightened regulatory scrutiny.”

But this article makes the same mistake lots of people make:

“Given the economic benefits these companies bring to China, is the government shooting itself in the foot…?”

Actually, no.  To paraphrase Mark Twain, the reports of Big Tech’s economic benefits have been greatly exaggerated.  In China – and here at home.

China now realizes – what we very quickly must learn: Big Tech and its cronyism do way more harm than good.

How Did Big Tech Get So Big? Massive Government Cronyism:

“A person who works for one of the biggest of Big Tech companies – a conservative I’ve known for years – was seated next to me. This person turned to me and whispered something along the lines of:

“And they can’t exist without it?

“That sounds like the quintessential definition of government cronyism.”

Google’s Biggest US Employee Tally Is Probably Its Lawyers:

“One of the VERY many downsides of Big Tech taking over this country? The very few employees they hire….

“(M)ost Big Tech companies – like Google, Facebook and Twitter – are mostly a bunch of computer servers. With a few hyper-compensated hyper-Left partisan executives. And some computer programmers to keep the servers up and running – and getting ever better at consuming our minds and existences.

“And Big Tech doesn’t even want to hire US citizens for those few programming gigs.  So they instead hire even more lawyers to get even more Big Government cronyism out of the government officials they own….

“‘Tech giants now spend as much or more (on lobbying) as big banks, pharmaceutical manufacturers and oil giants, the records show, led by Amazon, Facebook and Google….’

“(F)or what are Big Tech lawyer lobbyists lobbying? Even at the height of US citizen unemployment because of the Big Tech-enriching government lockdowns?

“Not hiring US citizens.

“‘Nearly 2 of 3 approved H-1B applications in 2019 were for ‘computer-related occupations.’”

Amazon hires a few more people than that, but…:

“Jeff Bezos’ Amazon…(has killed) tens of millions of jobs in America and worldwide – while hiring thousands.”

Amazon’s No-Profit Model: Bleed Competitors to Death – Then Do Exactly What They Did:

“A key component of Amazon’s murderous business model – was operating for a quarter century making…almost no money whatsoever. And for many quarters at a time – actually losing coin….

“Amazon’s no-profit forced growth – comes at the expense of everyone besides Amazon selling…anything Amazon sells.

“Black Friday in brick-and-mortar retail circles – is the day after Thanksgiving, and marks the start of the Christmas shopping season.

“It is called Black Friday because most retailers operate in the red (i.e. at a loss) – all year until then. It is that day they break through into the black. So obviously, Christmas for them is life-saving crucial.

“Amazon knows this. So what do they do?:

“‘Amazon is cutting prices ferociously on its products as Christmas shopping picks up, to levels that are break-even or below.’

“They cut prices to sell at a loss – right in the heart of retailers’ most important time of the year….They are the biggest of behemoths – crowding out more and more and more competitors.”

“Of course this massive…retail division would be not be possible if it were not for the profits coming in from the booming cloud services division.”

So China looks at Big Tech and what does it see?

A bunch of companies that got to be super-huge thanks to China’s government cronyism.  Cronyism China provided – to allegedly help its people.

Instead, Big Tech has consolidated way too much power and wealth.  To the direct detriment of the people China was trying to help when they propped up Big Tech.

So China has reversed course.  And started to rein in their Frankenstein monsters.

We should take note – and do the exact same thing.