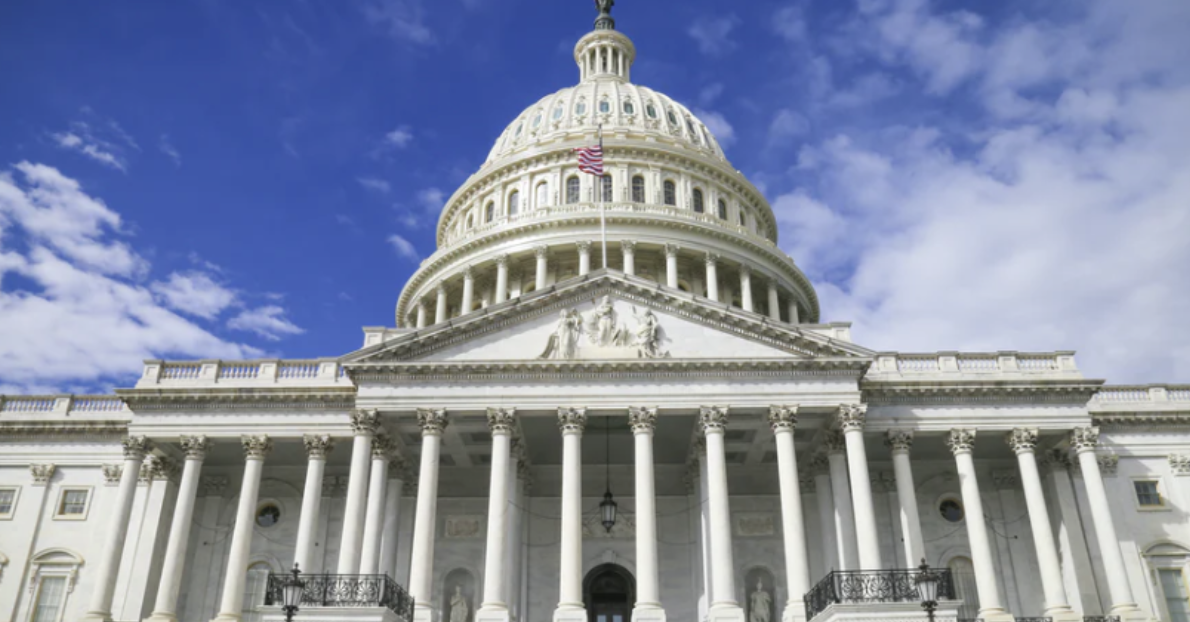 Decades of Our Corrupt System Has Created Today’s Gambling Culture:

“Our entire system is corrupt.  Americans have watched decades’ worth of ever-increasing cronyism between Big Government and Big Business — to the detriment of US.

“Wall Street — and government flunkies with no skills save for selling US out to the Street — grow ever richer.  While Main Street grows ever poorer….

“The American Dream — that hard, honest work will pay off — is nigh dead and gone.  Because the American People no longer believe in it.  Because America’s institutional corruption has given them absolutely no reason to believe in it.  If you aren’t on the rich Big inside, you are on the poor outside looking in.”

The day we published that, this was released….

Sometimes, even the Left is right:

“Inequality has remained persistently high for decades, and a new report shows just how stark the divide is between the richest and poorest people on the planet.”

Big Government keeps getting bigger.  Which makes it an ever-more-enticing recipient for bribes from Big Business.  Which of course lead to ever-more-crony policies from Big Government.  Lather, rinse, repeat….

It appears the mid-1990s was a tipping point for Big Government big-ism:

This transformation was accelerated further still by the global China Virus lockdowns.  About which we warned way more than a year ago….

Government has kept open Big Business – while locking down their Little Guy competitors.

How Big Government Stacked the Deck Against Small Business:

“Small businesses have been pummeled by excessive and insane governmental lockdowns of the economy. Experts warn that one third of small businesses could ultimately shut down for good, and hundreds of thousands have already done just that.

“Meanwhile, Amazon’s sales increased 40 percent in the second quarter alone, while their stock price increased 97 percent. Apple hit a $2 trillion market cap, the first publicly traded company to do so, and reported nearly $60 billion in revenue. Since the pandemic began, Facebook’s stock rocketed up 85 percent, Google’s by 50 percent, Netflix by 63 percent, and Microsoft by 57 percent. All saw their revenues greatly increase compared to last year’s numbers as well.”

So then this happens….

Billionaires Got 54% Richer During Pandemic

But even when the Left is right – it’s for all the wrong reasons…:

“The data serves as a complete rebuke of the trickle-down economic theory, which posits that cutting taxes on the rich will ‘trickle down’ to those below, with the cuts eventually benefiting everyone.”

The Left’s myopic fixation on tax policies leads to them missing much of the forest for the trees.  Big Government regulatory policies are also hugely responsible for the vast and increasing wealth disparities they decry.

And the Left has always championed these Big Business-helping Big Government reg policies.  Starting with the China Virus lockdowns – and working backwards.  Oops.

Always and forever, Big Government hurts the Little Guy more.  The Wealth Gap between the rich and everyone else – is as big or as small as the government doing the damage.

Big Government is expensive and oppressive.  Big Business is FAR better capitalized and equipped to handle Big Government than is the Little Guy.

Big Business can hire lots of people to deal with Big Government’s massive regulations.  The Little Guy gets buried by regs – and then buried in the Little Guy Graveyard.

Big Business never really objects to massive regs – and often ask for them.  Because they know all of this.

“Consider the $15 minimum wage. People think of that law as pro-worker. But big companies like Walmart, Costco and Amazon lobby in favor of it. Why?

“Because big business can afford robots. Their competitors often cannot.

“‘Capitalism is a cutthroat thing….But this isn’t capitalism. When you turn to government to regulate your competitors out of business, that’s where we need to say this is wrong.’

“‘If Jeff Bezos wants people to be paid more…he can pay people more! But what Bezos is trying to do is outlaw competing business practices.’

Whether wittingly or unwittingly, the Left has long been helping Big Business – by demanding ever-expanding regs from Big Government.

To wit: We are one Joe Biden Federal Communications Commission (FCC) confirmation away from a massive Big Government regulatory expansion on the Internet.

Biden’s FCC Pick Will Be Instrumental in Net Neutrality Fight

Net Neutrality is horrendously bad policy – for which the Left has fought for decades.

You know who else wants Net Neutrality?  Big Tech – made up of the biggest businesses in the history of the world.

Huge Coalition Led by Amazon, Microsoft, and Others Take a Stand in Favor of Net Neutrality:

“A sizable coalition of technology companies has today taken a stand in favor of net neutrality in the form of a letter to the Federal Communications Commission. The group, led by giants including Amazon, eBay, Facebook, Google, Microsoft, Netflix, Twitter, and Yahoo….”

Why does Big Tech want Net Neutrality?  Because it is huge Big Government cronyism for them.  For which We the Little Guys will pay – naturally.

“Net Neutrality outlaws Internet Service Providers (ISPs) from charging Big Tech companies — Google, Facebook, Amazon, Twitter, etc — anything at all for all the Internet bandwidth they use. And Big Tech companies use a LOT of bandwidth.  This is a HUGE crony gift from Big Government to Big Tech….

“Government outlawing Big Tech being charged for the titanic bandwidth they use means we will be charged exponentially more for the tiny bandwidth we use.  Net Neutrality is government forcing us to mass-subsidize Big Tech.”

Oh: And we are paying on our phones the Universal Service Fund (USF) tax.  An ever-increasing tax rate – raised automatically every quarter-year, and by FCC vote whenever they wish – of greater than 33.4%.  Imposed to pay for government wasting hundreds of billions of dollars pretending to connect people to the Internet.

If the FCC reimposes the Title II regulatory regime while reimposing Net Neutrality – and they will?

Title II Is the Key to Net Neutrality

The monster USF tax can (and will) also be imposed upon our Internet connections.

Except Big Tech doesn’t contribute to the USF fund.  At all.  Despite benefiting more massively than anyone else on the planet from people being connected to the Internet.

And these are the Big Business-favoring Big Government policies the Left has long been championing.

Because the Left knows absolutely nothing about how the world works.