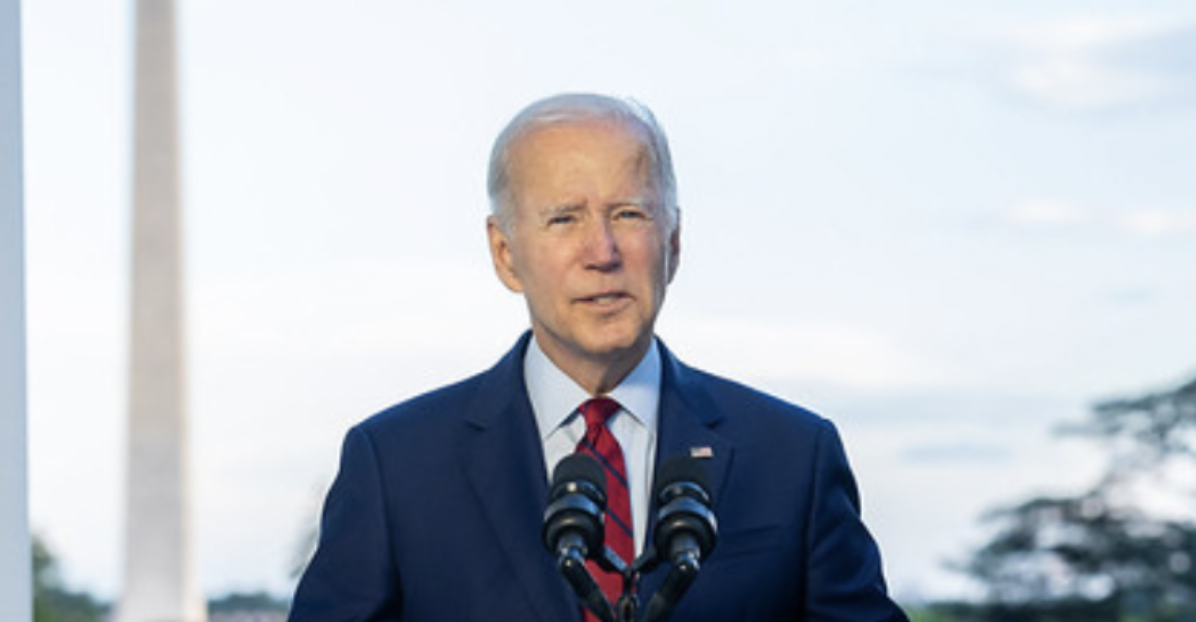 Addled President Joe Biden and his Democrats have sorely displeased many members of the European Union (EU).

The woefully misnamed Inflation Reduction Act did absolutely nothing to reduce inflation.  Mostly the opposite.  Mostly because it massively inflated the government money being spent in the name of the Greatest Scam on Earth - “climate change.”

And that has angered our multi-national friends across The Pond.

“Certain provisions in US President Joe Biden's landmark climate action plan, the Inflation Reduction Act (IRA), have provoked strong responses from the European Union, which fears it could hurt its industry.”

Again: If it’s a “climate action plan” - which spends hundreds of billions of dollars?  It probably shouldn’t be called the “Inflation Reduction Act.”

What are the affronted EU members going to do in response to our massive subsidies increase?  Fight trade war fire - with trade war fire…:

“In early November, EU Internal Market Commissioner Thierry Breton threatened to ‘go before the WTO’ and consider ‘retaliatory measures’ if the United States did not reverse its subsidies.

“‘In some cases, the subsidies that the Biden administration offers are four to 10 times the maximum amount authorized by the European Commission,’ said French Finance Minister Bruno Le Maire, who called on the Commission to create ‘European preferential measures or to accelerate the use of reciprocity instruments.’”

Get that?  Biden and his Democrats’ subsidies are now “four to 10 times higher” - than the maximum amounts the crazy-Left EU allows.  Just how far from the reality path have we strayed?

Since he just recently signed the infernal thing - and then spent weeks thereafter taking victory laps on it.

And since he actually wanted to spend orders-of-magnitude more than even the Democrat-controlled Congress could pass:

“Biden's initial proposal, the Build Back Better Act, was even more ambitious, providing $1.7 trillion dollars of investment. That plan cleared the House at the end of 2021 but was blocked in the Senate….

"It's also not clear that Biden is even thinking about touching a key plank of his presidential legacy, which he salvaged only after protracted negotiations in the Senate.”

Since we have no hope of lowering subsidies on our side - guess what will almost certainly  happen on theirs?  If you guessed more subsidies - you win a cookie.

And a whole new, government-funded, escalating trade war is off and running.  How exceedingly stupid.

As we’ve been imploring for more than a decade….

Of COURSE More for Government Means Less for Us

Biden should work to reduce other nations’ government impositions.  Not massively increase ours.  Because what he is doing is further fueling our decades’ worth of stupid trade policy.

The answer is to negotiate with the EU (and everyone else) - to get them to reduce their subsidies.

Oh: And impose tariffs upon them until they do.  To protect our economy - and the people who make it go and grow.

Tariffs for “climate change.”  And food.  And….

The New EU Trade Deal: No One Likes Tariffs - Which Is Why Trump Imposes Them

The ‘Border Adjustment Tax’: Great Tax Reform - That Gets Us Great Trade Reform

Border Carbon Tax: DC Can Do Better - When It Chooses to Do So

Communist China Epitomizes Why We Must Tariff

“(T)he US economic payoff from that $42 billion in tariffs - has been the best US economy in decades.

“Thanks to phenomenal economic, wage and stock growth.

Indeed it was.  A whole heck of a lot better than it is in the Biden Hyper-Government Era.

“Are you better off than you were four years ago?”

Unless you're a globalist oligarch - the answer is a profound and definitive “No.”