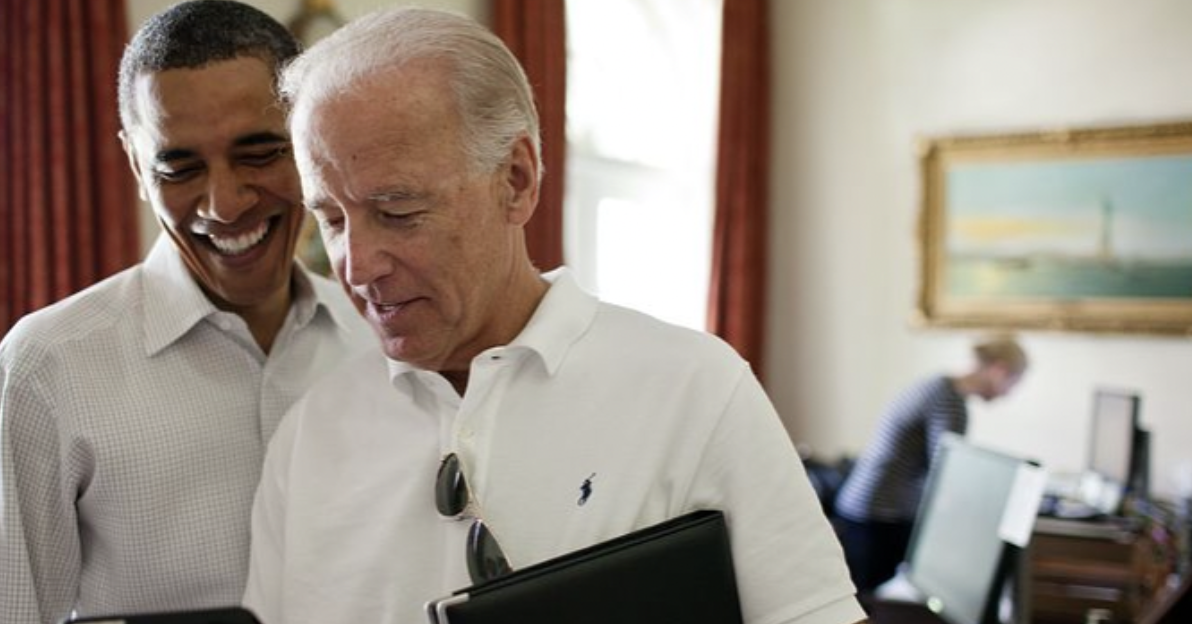 Joe Biden, Inc and the Democrats have already established a really bad behavioral pattern.  Otherwise known as lying their faces off.

They name mass avalanches of government spending after popular concepts – but the actual bills actually spend very little on the popular concepts for which they are named.  And spends all the rest on idiotic Leftist policies.

For which only a tiny percentage of Americans would have voted.  Which is why Democrats lied their faces off while campaigning.  (Ironically, the tiny percentages for both would be roughly similar.)

Having gotten away with a 91% grift on the $2 trillion Covid bill – Democrats are now looking to increase the heist.

In Reality, words mean things.  Which is an impediment to Democrats and their grifts.  So when called on their grift – they warp Reality and the meaning of words.

Oh: And I have long said that the federal government should have almost no role in infrastructure.  Because – speaking of huge percentages against – 95% of America’s infrastructure is owned by state and/or local governments and/or the private sector.

And government roads?  Interstate 95 goes north-to-south from Maine to Florida through fifteen states and the District of Columbia – more states than any other US highway.  But why should We the Drivers in the thirty-five states in which I-95 does not exist – be taxed to pay for it?

Biden, Inc was (is?) very stupidly contemplating a per-mile-driven gasoline tax – incorrectly in the name of the concept of “user-pays.”

But when it comes to roads and bridges spending?  Biden, Inc wants to Socialize all of it – the antithesis of user-pays.  They want to spend billions on roads and bridges – owned almost entirely NOT by the federal government.

Let the states, localities and private companies that own the roads and bridges – pay for them themselves.

Oh: And of course, government is awful at everything.  Because human nature.  Please again behold my Wallet Rule:

“Obviously, you’re going to have a whole lot more fun with my wallet – because you don’t care what my wallet looks like at the end of the evening.

“Well, government is always on other peoples’ wallets.  And the Friday night never ends.”

Government can’t handle the simplest of things.  I recently escaped from Maryland.  Where the state’s Department of Motor Vehicles (DMV) is so awful – an entire private industry of doing DMV stuff for you for a fee has sprung up and is thriving.

That’s just issuing really basic documents – an exceedingly simple set of tasks.  As things get more complicated – government gets ever more exceedingly awful.  And one of the most complicated things We the People currently do?  The Internet.

All of which has been proven yet again by our governments’ China Virus lockdowns.

Coronavirus: Nation’s Internet Providers Have Made #SelfDistancing Telework a Piece of Cake

China Virus Breaks Europe’s Internet – Not the US’s. Why? Uber-Regs Like Net Neutrality

$350 Billion for State and Local Government in COVID Relief Bill

So too is this $100 billion government Internet boondoggle.  Because very-few-to-no Republican states or municipalities are stupid enough to engage in government broadband.  Again: Check the aforementioned Broadband Boondoggles interactive map.  All of this money too will be going to down-ticket Democrats.

But the Internet is a VERY expensive proposition.  Even $100 billion in government money – is but a drop in the private sector Internet investment bucket:

“(B)roadband providers such as AT&T and Verizon…(e)very year…invest more than $50 billion in network infrastructure, such as 5G, that generates broad-based economic benefits….

“‘Hundreds of billions of dollars of investment by broadband providers enabled the U.S. internet to respond magnificently to soaring demand when the pandemic hit.’”

So the entirety of this government broadband endeavor is titanically stupid here in Reality.  But that matters not – because the Democrats are yet again trying to warp Reality.

All of this is actually the Democrats’ move to further the government’s ultimate takeover of the Internet.

Leaving We the People with government as our sole Internet Service Provider (ISP).  Which of course comes with ZERO functionality or Bill of Rights problems….

White House Moves to Reshape Role of US Capitalism:

“The White House is pushing…to reestablish the federal government as a primary driver of how the economy should grow and function….

“The ambitious proposal effectively transforms the relationship between the government and the private sector, making radical changes to key sectors of the economy that could be felt for years down the road.

“It places a big bet on the ability of the federal government to drive sustained economic growth at a time when confidence in institutions is low.”

Which is EXACTLY for what an avowed Marxist – and a godfather of the Marxist “media reform” movement – has long called:

“There is no real answer but to remove brick by brick the capitalist system itself, rebuilding the entire society on socialist principles.”

“Any serious effort to reform the media system would have to necessarily be part of a revolutionary program to overthrow the capitalist system itself.”

Biden, Inc’s tax-and-regulatory assaults and $100 billion aren’t about improving the private sector Internet.  Because everyone knows the government is incapable of improving anything.

Biden, Inc’s tax-and-regulatory assaults and $100 billion are about destroying the private sector Internet.  And having government replace it.

Great news all the way round.