Biden and His Democrats REALLY Don’t Like US Farmers 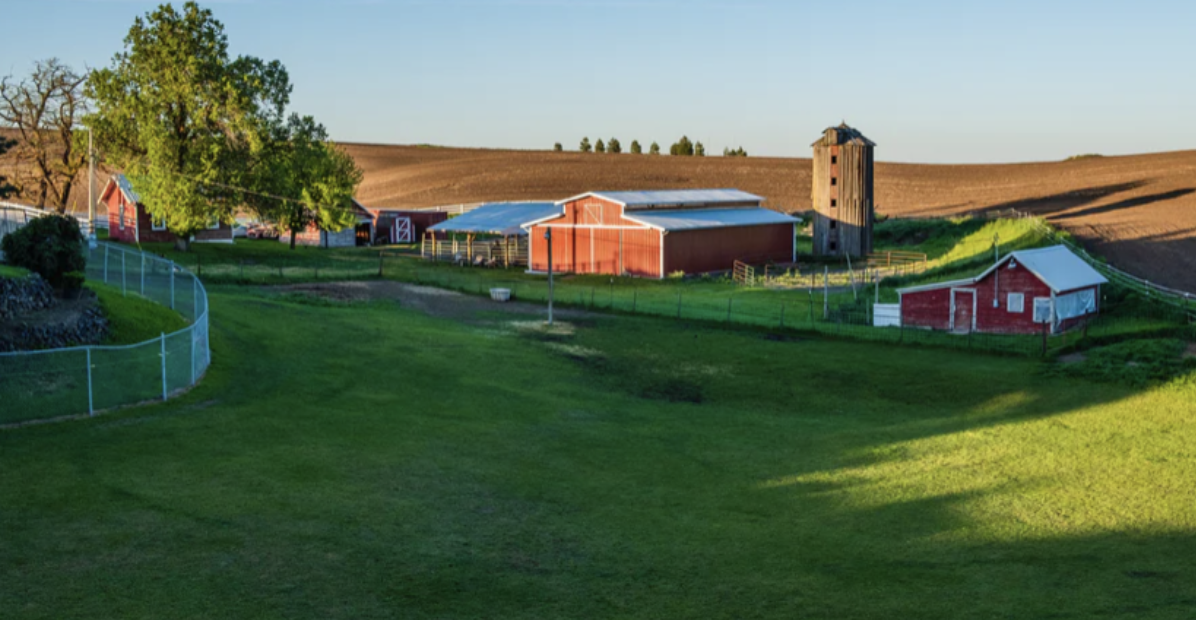 Donald Trump made re-famous the phrase – and the concept – of “America First.”  By which he meant his presidential policies were intended first and foremost to benefit America and Americans.  And they did.

To which most of Washington, DC vociferously objected.  All Democrats – and very many Republicans.  Because the bipartisan Swamp has spent many decades getting very rich by selling out We the Plebeians.  Via very many policies that are rightly described as “America Last.”

Now Democrats run DC.  And pretty much everything they are doing is “America Last.”

US farmers are already an endangered species.  Decades of terrible international trade deals and skyrocketing domestic taxes and regulations have dramatically dwindled their numbers.

Which is – amongst many awful things – awful national security policy.  Because before we can do anything else – we gotta eat.  Relying on international sources for domestic food isn’t terribly bright.  The more domestic food we produce – the more secure our food sources and nation are.

Democrats don’t care.  They are assaulting farmers with government in multiple destructive ways.

Economic Impacts of the Sensible Taxation and Equity Promotion Act and the For the 99.5 Percent Acton AFPC’s Representative Farms and Ranches

Can you guess what the economic impacts on farms are?  Hint: They’re not good.

“When an asset is passed on to a beneficiary, its value is typically more than what it was when the original owner acquired it. The asset receives a step-up in basis so that the beneficiary’s capital gains tax is minimized. A step-up in basis is applied to the cost basis of property transferred at death.”

Stepped-up basis readjustment makes a whole lot of sense.  For no one more than farmers.  Many of whom work on farms that have been in their families for many generations.

Government mass-inflating our money over decades causes the dollar value of farms to increase precipitously – when the value actually hasn’t all that much.  To then punish farmers by taxing them on inflation-warped values of properties purchased by their great-grandfathers – is criminal.

Oh: And if you think this sounds like a back-door second Death Tax – ie Estate Tax?  That’s only because it is.

“By repealing stepped-up basis, Democrats will destroy at least one million jobs.”

We have, for the most part, successfully made unpopular the original Death Tax.  So Democrats are creating another.

To farm – farmers need land.  So Democrats are re-making land impossible to farm – or with which to do anything else.

“The agencies signaled their intent to proceed in two steps—first repealing the Trump-era rule, and then undertaking an additional rulemaking to promulgate a new, more expansive definition of ‘waters of the United States.’”

Not only is the Biden Administration undoing Trump’s reversal of the Barack Obama Administration’s absolutely awful WOTUS definition – they are making theirs even worse than Obama’s.

And believe me when I say – Obama’s WOTUS regulations were exceedingly awful.  This from 2014….

The EPA is Turning Water on Farms Into a Weapon Against Farmers:

“You want to kneecap farmers? And make food exorbitantly more expensive? Turn farmers’ water into a weapon against them….

“‘(T)he rules…(would) allow the government to dictate what farmers can and cannot do with their farmland, which often includes small streams, ponds and marshes.’

“How beyond-all-reason-and-reasonableness is this massive new EPA power grab?

“‘(Small Business Administration) SBA to EPA: Ditch the Waters of the U.S. Proposal

“‘On October 1, 2014, an unexpected ally from within the administration filed comments with EPA claiming that EPA and the Corps “have improperly certified the proposed rule [WOTUS] under the Regulatory Flexibility Act (RFA) because it (WOTUS) would have significant effects on small businesses.”…

“‘Again, it appears EPA is attempting to mislead citizens and farmers.’

“When another arm of the Leviathan thinks you’ve gone light years too far – just how far from the path have you strayed?”

The Obama EPA’s WOTUS regulations were so onerous and obnoxious – the Obama SBA committed regulatory insurrection and publicly cried foul.

Because Biden and his Democrats REALLY don’t like US farmers.