Awful Biden Nominees: Prepping for DC’s Next Rounds of Cronyism 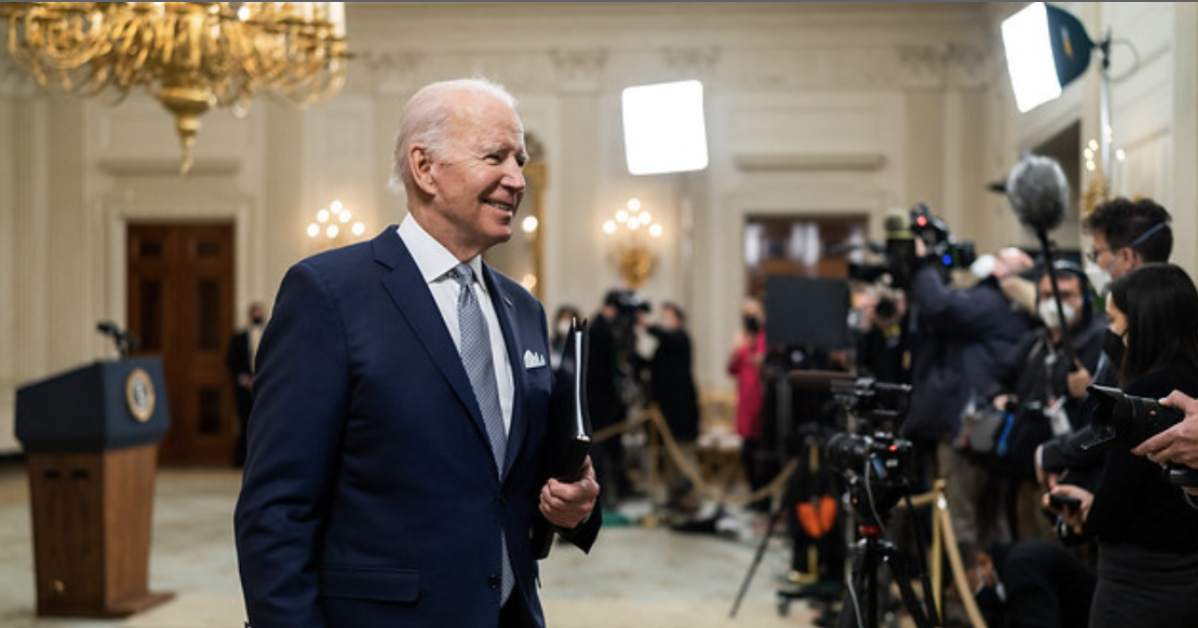 While our tiny minds are thoroughly distracted by the utter irrelevancy that is a border skirmish between two kleptocracies thousands of miles away?

The Biden Administration is gearing up all sorts of additional awfulness here at home.

We have an exceedingly awful invasion of our nation underway across our wide-open southern border.

All of the above and more have many things in common.  One of them being: Each of them is cronyism for one or more Big Business cronies.

Biden Caves to the Left in Selecting Judge Jackson

And Biden’s nominated an exceedingly awful zealot to serve as the tie-breaking vote at the Federal Communications Commission (FCC).

“The FCC is made up of five commissioners – one of whom also serves as chairman.  A full contingent is three of the President’s Party and two of the other.

“It’s been a 2-2 tie since before Biden was sworn into office.  So the Commission hasn’t been able to unilaterally, illegally impose all sorts of new, awful government policy on the Internet and elsewhere.

“Sohn is going to break much more than just the tie….”

Like, say, the Internet.  We know this – because we already know what she wants to do.  To wit:

“Net Neutrality is exceedingly awful policy.  For about a million different reasons.

“The one that directly costs us the most?  Net Neutrality outlaws Internet Service Providers (ISPs) from charging Big Tech companies – Netflix, Google, Facebook, Amazon, Twitter, etc – anything at all for all the Internet bandwidth they use. And Big Tech companies use a LOT of bandwidth.  This is a HUGE crony gift from Big Government to Big Tech.

“And of course, Biden’s inanities notwithstanding, nothing government does is ‘free.’

“The Web infrastructure ISPs are building, maintaining, and expanding has cost hundreds of billions of dollars.  And counting. They need to recoup that investment.  And there are only two groups of people whom they can charge for the service they provide: Big Tech – and us.

“Government outlawing Big Tech being charged for the titanic bandwidth they use means we will be charged exponentially more for the tiny bandwidth we use.  Net Neutrality is government forcing us to mass-subsidize Big Tech.”

“And given the growing popularity of video, it should come as no surprise that its market share in internet traffic is set to increase.  It’s estimated that by 2022, 82 percent of the global internet traffic will come from video streaming and downloads.”

There are, of course, Netflix and all of the other video streaming services.  Including all the application extensions of all the traditional broadcast and cable content companies.

And, of course, all the Big Tech platforms of all types serve as hosts to video content posted by their respective third-parties.

And Net Neutrality outlaws charging them for the bandwidth they use.  That seems fair.  I kid – I’m a kidder.

And if you’d like to see a quintessential example of the full-circle-in-a-phone-booth cronyism of which we speak?

“Ex-President Barack Obama and his wife Michelle just signed a deal with Netflix to ‘produce television shows and films for the streaming service.’ It could be worth as much as $50 million.

“Which makes perfect business sense for Netflix – given the Obamas’ extensive experience in story development, screenwriting, direction and production.

“When examined through a political prism- rather than a business one – this move makes perfect sense. For the Obamas – and Netflix.

“It is the culmination of a decade’s worth of DC cronyism – come round full circle:

“‘Ted…Sarandos and his wife, Nicole Avant, bundled nearly $600,000 in contributions to Obama from their friends and associates during the 2012 presidential campaign.’

“And who is Ted Sarandos?:

“‘(Netflix)’s creative content chief who oversees an $8 billion budget (and who) helped to broker the deal….’”

And now Joe Biden – who has spent his entire political career with a “For Sale” sign on his forehead – is looking to tee up a similar crony payout.

Welcome to the Banana Republic of America.