Afghanistan and Big Tech: We Keep Ignoring the Blatantly Obvious 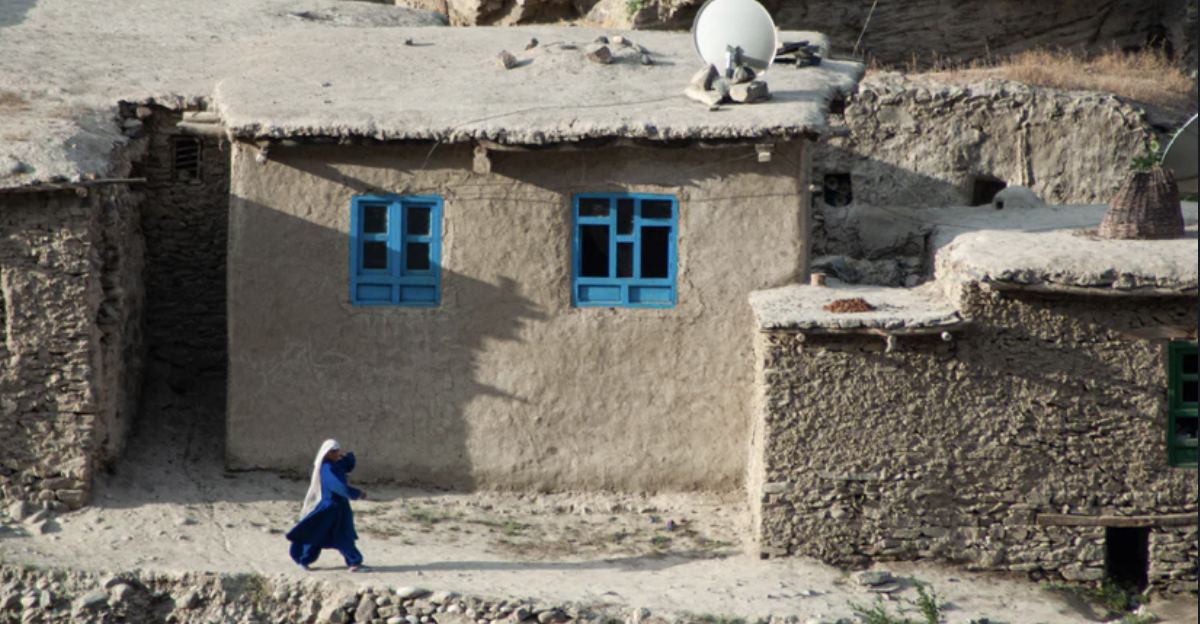 We are FINALLY extricating ourselves from the terminally un-winnable nightmare mess that is Afghanistan.

Afghanistan has been for 10,000 years an unaltered, undeveloped country of mountain men goat herders.  Thousands of years’ worth of outside attempts to conquer or convert them – all failed miserably.

All of the above is what law enforcement communities would call “clues.”

Our attempt to convert them into Jeffersonian democrats – and their country into a 51st US state – was doomed from its inception.

We ignored the blatantly obvious in Afghanistan.  And it cost us thousands of lives, tens of thousands of altered lives, twenty years and more than a trillion dollars.

“The most extravagant idea that can be born in the head of a political thinker is to believe that it suffices for people to enter, weapons in hand, among a foreign people and expect to have its laws and constitution embraced. No one loves armed missionaries; the first lesson of nature and prudence is to repulse them as enemies.”

“One can ignore reality, but one cannot ignore the consequences of ignoring reality.”

“Sooner or later everyone sits down to a banquet of consequences.”

Of course, DC doesn’t limit its wishful-thinking policy-making to Afghanistan.  We’ve spent the last half-century-plus being subjected to a full-court press of foreign and domestic policy idiocy – all attempts to ignore or alter reality.

The same is true in our flailing, failing attempts to deal with the monstrous Big Tech monstrosities – which bad DC policy actually created.

We absolutely need to deal with Big Tech’s market-destroying hyper-power – and the massive conservative censorship in which it allows them to engage.

Grassroot conservatives are sick to death of being abused by both Big Government and Big Tech.

But elected officials on both sides of the DC Unibrow are positing all sorts of new, awful, more-government “solutions.”

When the problem was caused by awful, more-government policy.

And we absolutely should not subject Big Tech to the common carrier speech-mandate laws – against which we’ve been fighting for more than a decade when Big Government-Big Tech has tried to impose it upon Internet Service Providers.

We need not do anything legislatively to alter or expand existing antitrust law.

We should instead re-expand our “consumer welfare” enforcement – back to how Robert Bork actually defined it:

We have narrowed our application of “consumer welfare” all the way down to five seconds – the point of sale.  But Big Business does most or all of their damage way before you hit “Add to Cart.”

Big Business unfairly/illegally harming competitors – is bad for consumers.  Because those murdered alternatives (“lower market output”) are all prospective opportunities for market innovations and lower consumer prices – that Big Business never allowed us to enjoy.

Amazon has for decades been selling many thousands of items at below their cost – to undercut and destroy millions of competitors.

Amazon’s No-Profit Model: Bleed Competitors to Death – Then Do Exactly What They Did:

“A key component of Amazon’s murderous business model – was operating for a quarter century making…almost no money whatsoever.  And for many quarters at a time – actually losing coin.  This from 2013:

“‘The company’s net profit margin has broken one billion dollars only once in the past nine years, in 2009. After reporting a loss last year, the world’s largest online store is expected to end this year with $349 million in net profit on nearly $75 billion in revenue. That’s close to the profit it made in 2005 ($359 million) on just a fraction of the revenue ($8.5 billion)….

“‘The net result of nearly two decades in business is that Amazon’s trailing 12-month price-to-earnings ratio stands at an alarmingly high 550. Compare that to consistent profit earners with significant online retail operations such as Google (p/e 29), Wal-Mart Stores (2) or eBay (25)….’

“Those tiny profits – off of those massive revenues.  How is this possible?

“Because Amazon’s objective wasn’t money – it was growth:

“‘The company barely ekes out a profit, spends a fortune on expansion and free shipping and is famously opaque about its business operations….’

“And Amazons no-profit forced growth – comes at the expense of everyone besides Amazon selling…anything Amazon sells.”

Amazon does this – by subsiding retail with other businesses.

Which is absolutely unfair – and Amazon has murdered millions of businesses by doing it.  Which is awful for innovation, the economy – and consumers and their welfare.

Big Businesses have used mergers and acquisitions for decades to grow ever larger – the better to dominate the marketplace.  And they use profitable arms of their Leviathan to subsidize unprofitable ones – Amazon-style – and thereby further grow the entire beast.

And destroy more and more competitors – who can’t afford to sell at below cost or have unprofitable portions of their businesses.

All of which is to the detriment of consumer welfare.

Big Tech certainly has done all of this.  Parler looked like a possible competitor – so Apple, Amazon and Google colluded to kill it.  Instagram and WhatsApp were just starting to be successful against Facebook – so Facebook bought them.

This is one thing we can give grassroots conservatives – and head-off bad Republican-co-sponsored antitrust legislation in the process.

This is anti-Fourteenth Amendment un-equal protection before the law – that no one else in the history of the country has ever received.

Why do the biggest and richest companies in the history of Planet Earth get government-imposed blanket third-party-action immunity?

Apple is, as I type this, worth $2.46 trillion.  I think they can afford the third-party-liability insurance I have to buy for my tiny bar.  And/or they can afford to hire lawyers and adjudicate that it isn’t their fault when someone violates copyright law by posting an entire movie on their platform.  Because it quite obviously isn’t their fault.

Big Tech-favorable rulings would very quickly pile up – because of course they aren’t liable for what someone else posts on their site.  And the rapid avalanche of precedent would end nearly all further litigious attempts.  No Section 230 government cronyism necessary.

Oh: And when Big Tech claims there’s too much outside content for them to be liable for it?

“When it comes to the titanic cronyism of Section 230 – Big Tech claims they receive too much outside content to possibly monitor and control it.

“But when it comes to what Big Tech and their Leftist cohorts deem ‘fake news’ – which nigh always ends up being conservative news – Big Tech has no problem monitoring and censoring its outside content.  And promises time and again to dedicate all the resources necessary to do so.”

The quintessential example of how unfair Section 230 is?  The Nick Sandmann debacle.

Sandmann was the Kentucky high school kid who, when visiting DC and wearing a Donald Trump hat, was harangued by a radical Leftist activist.

Nigh every major media outlet lied about the incident – and blamed Sandmann for the confrontation.  And did much of their lying on Big Tech social media – which deleted none of this quite obviously fake news.

Sandmann successfully sued nigh every major media outlet.  But couldn’t even file against Big Tech – because of Section 230.  That’s ridiculously unfair and anti-equality-before-the-law.

The mournful hope that Section 230 was meant to create unbiased online platforms?  It’s a pipe dream.

It certainly isn’t in the law – which never mentions any such thing.

And it certainly hasn’t borne itself out in practice.  The bigger Big Tech gets, the more they expand their conservative censorship – and wave around the First Amendment and their Terms of Service whenever anyone says anything about it.

It would be no different than the government demanding a Colorado Christian baker bake a homosexual wedding cake – in violation of his First Amendment rights to freedom of assembly and religion.

To paraphrase Jesse Jackson: You can’t mend Section 230 – you have to end it.

As principled conservatives should want to do anyway.  Because it is cronyism – a gross instance of un-equal protection before the law.

My little bar doesn’t get the protection – but monstrous Big Tech companies do?  That’s unconstitutional – and obscene.

Now, if you really think we need Section 230 protections to protect new tech companies as they attempt to rise up the economic ranks?  (Which quite obviously didn’t help Parler – or a million other companies of whom we’ve never heard because Big Tech killed or consumed them.)

Once a company reaches half-a-TRILLION-dollars – it can start paying for its own third-party liability protection.

Which, of course, it won’t need to do.  Because by the time it gets to half-a-trillion-dollars – there will have already been multiple legal rulings saying they aren’t responsible for third-party actions.  And precedence will forever protect them – free of charge.

Limiting Section 230 to smaller tech companies is a HUGE thing we can give grassroots conservatives.  And it too has the added benefit of being excellent policy.

Not the wishful-thinking policy-making in which DC is currently engaged.  Which will only make things exponentially worse – Afghanistan-style.

The solution isn’t more bad law.  It is to undo the existing bad law that has caused all the problems you are attempting to address.

In the instance of Big Tech’s monstrous market and speech domination – Section 230 is that really bad law.

The rest will take care of itself.