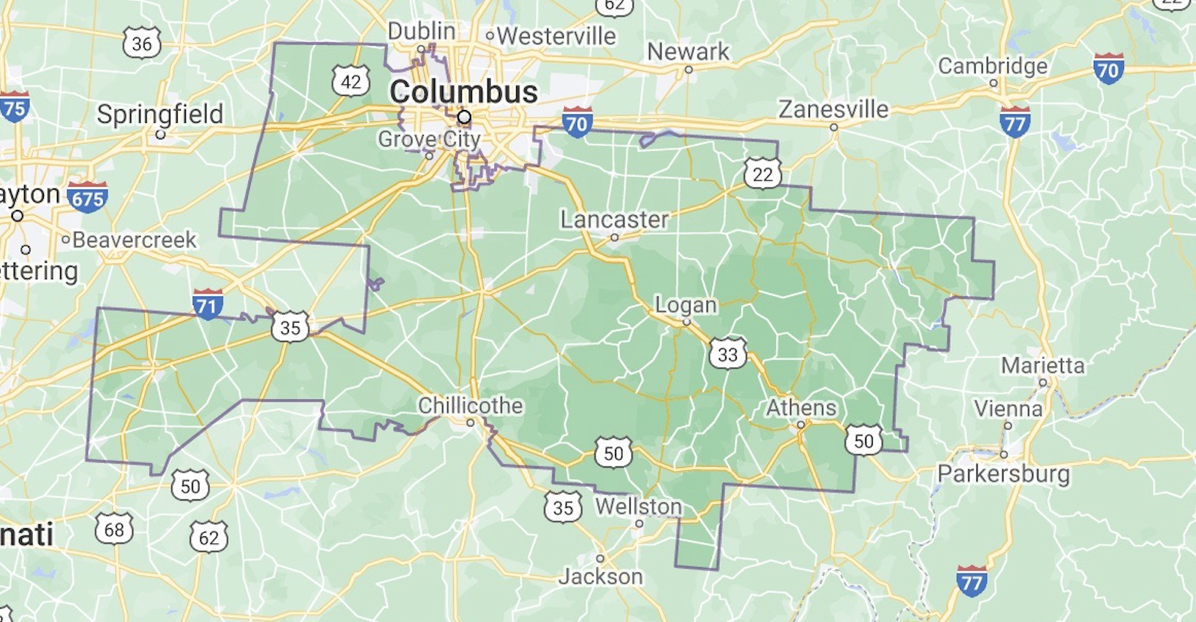 Stivers quit this gig for a new one – president and CEO of the Ohio Chamber of Commerce.

Thanks to gerrymandering, the Ohio 15th is an overwhelmingly Republican district.  The 2020 margin of Republican victory was nearly 27%.

So the election that matters isn’t the November 2nd general – it’s the August 3rd primary.  Whoever wins the R primary – skates backwards into Congress in the general.

To wit: As we noted a fortnight ago….

“George Soros: Godfather of the Left:

“‘(I)nstead of gaining a mighty reputation for his philanthropy, or his investment prowess, Soros is reviled abroad and criticized here in his adopted country.  Most everywhere Soros, his foundations or his investing have gone, trouble has followed. He’s helped foment revolutions, undermined national currencies and funded radicals around the world.’

“‘Steyerville.com launched Thursday by Power the Future (PTF), a non-profit that advocates the benefits of fossil fuels. The website holds an interactive map displaying the stories of communities in three states smothered by environmental policies.

“Well, he was proudly leading it.  He’s no longer listed on the website – and hasn’t been since April 2018.

“Perhaps because he realized being a Soros-Steyer Republican isn’t such a good idea when planning to run for higher Republican office.”

@ConsEnergyNet is the Conservative Energy Network (CEN).  And @CCEF4Energy is Conservatives for a Clean Energy Future.

It would seem Stewart was Duvelius’ boss in his Soros-Steyer environ-mental gig.  “CEO” certainly trumps “Director of External Affairs.”

Both Duvelius gigs are different branches of the same poisonous Soros-Steyer tree – from which Stewart was picking environ-mental fruit.

And still is, it would appear.

Duvelius has twelve Ohio 15 Republican primary challengers from whom to choose.  And he’s chosen Stewart.  Hmmmm…..

Here’s a picture of Duvelius posing with other Stewart door knockers – on Stewart’s Facebook page.  Duvelius is third on the left (oh, the irony).

I have…issues with Stewart’s continued relationship with Duvelius.  It raises questions like:

Is there still a Soros-Steyer-Stewart relationship?

Will Stewart be a Soros-Steyer environ-mental stooge – as a REPUBLICAN – should he win and go to Washington?

There are twelve options from whom to choose in the Ohio 15 August primary.

Eleven have not had large, public and remunerative relationships with George Soros and Tom Steyer.

I would think almost any of these eleven would be a better selection than Stewart.