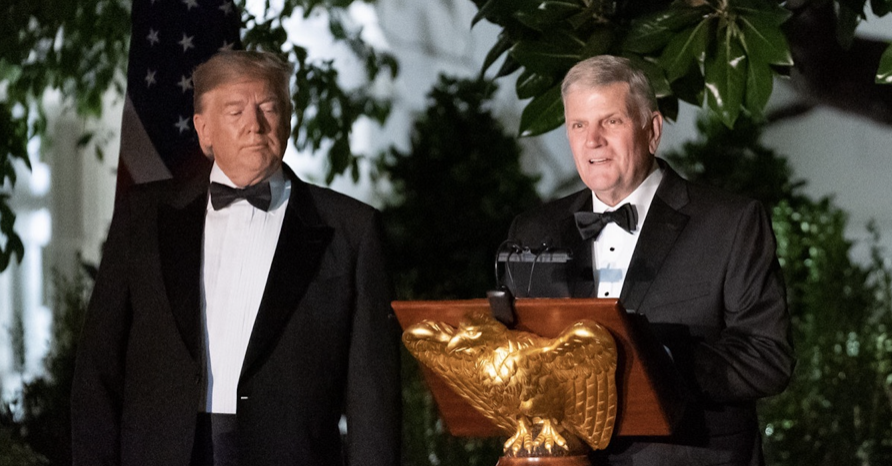 Global evangelist and humanitarian Franklin Graham is speaking out against the so-called Equality Act (H.R.5). In a letter posted on the Billy Graham Evangelical Association's website recently, he wrote about what will happen if this "very dangerous piece of legislation" becomes law:

If it passes the Senate like it did in the House, this bill would amend the Civil Rights Act of 1964, which outlaws discrimination of individuals based on race, sex, and religion. The act would add "sexual orientation" and "gender identity" to that list. It would override the federal Religious Freedom Restoration Act and similar state laws that aim to protect our religious freedom and convictions.

The message to the church from certain influential, high-level people in government is loud and clear: Fully embrace the sexual revolution and redefine marriage and gender—or else! The Equality Act is moving our nation in a direction that elevates government above God. They want to make the moral decisions, usurping His authority. ...

This legislation would massively change our moral landscape and silence people of faith who do not agree with the secular values of the Left. But more than muzzling us, they want to force us to pivot—to change direction—instead of trusting God and standing on His Word. If we begin compromising on basic Biblical truths, it will lead to the end of Christianity in this country. We cannot surrender on our watch. We must not remain silent.

Graham is absolutely correct. If the "Equality" Act passes, people of faith will pay a high price. Religious liberty will be sacrificed on the "altar" of political correctness to a radical, anti-faith, pro-LGBTQ agenda. Don't think the "cancel culture" of radical Democrats, the Unhinged Left, FAKE NEWS and the "woke mob" won't come for you, your church, or your Christian business next.

The Equality Act may be the GREATEST THREAT to both families and people of faith we have ever faced, and radicals in Congress are trying to PUSH it through as quickly as possible! Already passed in the House, Senate Majority Leader Chuck Schumer (D-NY) has positioned the bill so he can call a vote on H.R.5 at ANY TIME! As Graham wrote: "We cannot surrender on our watch. We must not remain silent."

If you oppose this anti-faith, anti-woman, anti-child legislation, make your voice heard! Use Grassfire's unique FaxFire system to send your personalized "Stop The 'Equality' Act!" message to GOP Senators now. Click here or on the banner below to instantly send your personalized  faxes to all 50 Senate Republicans for just $30, or reach EVERY member of the U.S. Senate (100 faxes) for only $50:

ATTENTION GRASSFIRE VIPS: GO HERE TO SEND YOUR "STOP THE 'EQUALITY' ACT!" FAXES AT AN 80% DISCOUNT!
(Not a VIP? Go here to send this fax at 80% discount.)
(Having trouble accessing your benefits? Go here.)

H.R.5 insists that pro-faith Americans CANNOT disagree with the radical Democrats' and Unhinged Left's extreme pro-LGBTQ agenda. It threatens to invalidate "The Religious Freedom Restoration Act of 1993" -- a crucial law passed to guarantee and protect the sincerely held beliefs of Christians and other people of faith.

If passed, the "Equality" Act would impact churches, faith-based organizations (including adoption and foster-care providers), and Christian businesses, as well as Christian schools and universities. The bill would also harm women and girls by erasing significant safety, privacy and equality rights, while defending abortion under the guise of "sex discrimination."

Millions of Americans want the Senate to defeat this extreme, pro-LGBTQ bill in defense of religious liberty; to ensure a level playing field for women's and girls' sports; to validate the scientific difference between sex at birth and chosen gender; and to protect born and unborn children. You can take immediate action to defend religious freedom and the rights of women, girls, at-risk children and the unborn.

Click here now to immediately fax ALL 50 Republican Senators for only $30. Or "go the extra mile" and reach EVERY member of the U.S. Senate (100 faxes) for just $50. To send your own faxes, click here for a list of targets and their contact information. Thanks, in advance, for making your voice heard today.

For life, liberty and limited government,