DC Bipartisanship Is Murdering This Country 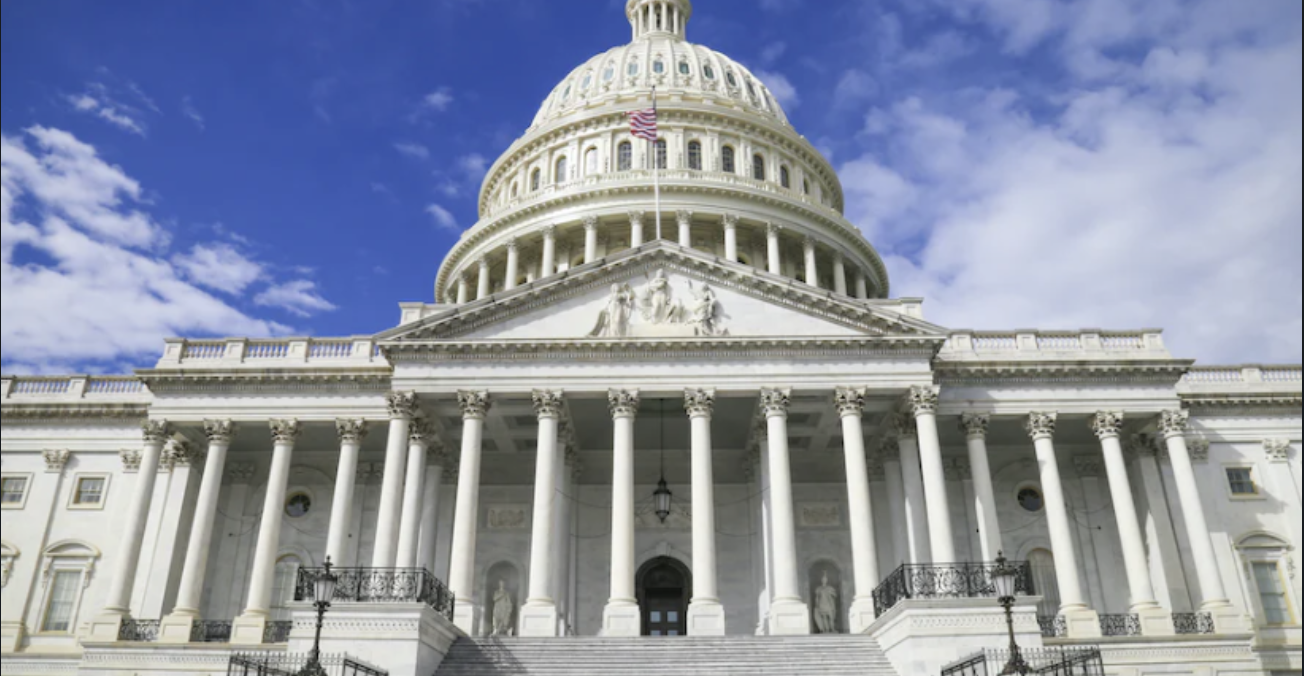 There is much focus upon - and blame assigned to - the lack of bipartisanship in DC.

It is a partisan show - put on for fundraising and (now) social media purposes.  You give a fiery Congressional floor speech, clip the video of the performance - and get it out to your social media feeds and (prospective) donors.  And that’s actually the end of most of it.

And to a large degree - even the partisanship is bipartisan.

The 17th ended the excellent practice of having state legislatures choose their state’s two US Senators.  And instead turned the senators into just two more US House members - with bigger districts.

Nothing has done more to grow government at all levels - than ending the state legislatures’ fundamental role in the federal process.  Because born of this lack of representative responsibility - was the unfunded mandate:

“Unfunded mandates result when the federal government passes laws that require other levels of government to do or offer certain things without also providing funds for them. These laws can affect state, local, or tribal governments.”

If federal senators still had to rely on their states’ legislatures for their gigs - they would vote for exactly ZERO federal laws mandating states spend money they aren’t given by the mandating Feds.

Bipartisan love for the massive additional power this unfunded federalism evisceration gives them - means even though it is helping to murder us…it ain’t going anywhere.

Speaking of the US House of Representatives - we’ll quote Jessica Rabbit:

And then we’ll quote ourselves:

“Gerrymandering is government officials choosing us - rather than us choosing them.

“Hyper-churning hyper-partisans in and out of Congress solves nothing.

“Ending the creation and empowerment of hyper-partisans does.

Gerrymandering - is a bipartisan problem.  In that both Rs and Ds zealously engage in it.

The History of Gerrymandering: US Politicians’ Favorite Election Loophole

Bipartisan love for gerrymandering - means even though it is helping to murder us…it ain’t going anywhere.

Most of the other things that are murdering America - are supported in bipartisan fashion in DC.  Even if that support is expressed in malevolent silence and neglect.

The southern border has been an unmitigated disaster for more than half-a-century.  Some Partisan Theater from a handful of Republicans over the many years notwithstanding - the entirety of the rest of the planet has continued to pour unfettered into our country.

I predicted publicly that Donald Trump would win the White House the moment he - in his rambling announcement speech - swerved into dealing with illegal immigration.  It had been a $1 billion bill laying in the middle of Pennsylvania Avenue - which both Parties had spent decades blithely walking past.  He picked it up.

But when he won - and the Rs controlled both houses of Congress - what happened?  Rs rallied - against Trump.

Bipartisan love for a wide open southern border - means even though it is helping to murder us…it ain’t going anywhere.

And the last decade or so has seen the titanic, awful rise of Big Tech.  Now worth trillions of dollars, they are spending many millions of DC dollars to ensure that nothing happens in DC - unless they want it to happen.

Big Tech has bulk purchased both Parties.  So the bipartisan beatings will continue - and they don’t care if our morale ever improves.

But fear not: Big Tech sloshes enough money to Rs to ensure DC bipartisanship - and that NOTHING Big Tech doesn’t like happens.

“There’s no denying Big Tech is the biggest threat to free expression in the United States and the most blatant violators of antitrust efforts. They silence conservatives, including a former US president and a member of Congress; participate in Orwellian reeducation initiatives; interfere in our elections; suppress anything deemed ‘offensive’ or ‘disinformation’; help build China’s oppressive surveillance state; and obliterate alternative platforms by robbing them of digital infrastructure.

“The only way to protect the First Amendment and make the digital sphere open to competition is for Congress to step in and upend Big Tech’s complete immunity from liability under Section 230 and break up the monopolies.

“But how can Republican congressmen and women fight the tech oligarchs if they are simultaneously receiving tens of thousands of dollars from them? While Big Tech contributes significantly more money to Democrats, Republicans still receive a substantial amount of political donations.

“Indeed, over 200 Republican members of Congress in the House and Senate received campaign contributions in 2020 from Political Action Committees (PACs) affiliated with Amazon, Google (which also owns Nest and Waze), and Facebook (which owns Instagram and WhatsApp). Twitter, Apple, and Snapchat do not appear to make PAC contributions to candidates."

And when it comes to reining in Big Tech’s massive cronyism and abusive anti-market practices?  DC time and again engages in Partisan Theater.  We get…close to passing legislation - but never actually pass legislation.

Big Tech’s Section 230 liability immunity - is the biggest DC cronyism in the history of DC cronyism.  They get to mass collect our data - and manipulate its public display any way they wish.  For maximum commercial - and political - effect.  And no matter what they do or how they do it - they are immune from any ramifications whatsoever…thanks to Section 230.

Big Tech has made their trillions of dollars mostly by collecting our digital data - and then selling access to it.  But DC has NEVER passed ANY sort of privacy legislation to rein in even a little Big Tech’s massive invasions of all our digital nooks and crannies.

Real privacy legislation MUST be passed.  But will DC pass it?  Heavens no.  Because Big Tech says so.

We the Taxpayers have wasted decades and hundreds of billions of dollars on government attempting to be Internet Service Providers (ISPs) - even though government is universally awful at it.

We fund this idiocy in large part via the obscenely high Universal Service Fund (USF) tax.  But despite Big Tech making even more obscene profits as a benefit of We the Taxpayers paying to connect people to their websites - Big Tech doesn’t pay the obscenely high USF tax.

Big Tech absolutely should kick in to government connectivity programs.  But will DC make them?  Heavens no.  Because Big Tech says so.

As you see, there is, in fact, a LOT of DC bipartisanship.  Nearly all of it awful.

And Big Tech has purchased a whole lot of it.

And it is helping to murder America.

We’ll close with a quote we’ve oft cited - from the inimitable George Carlin: