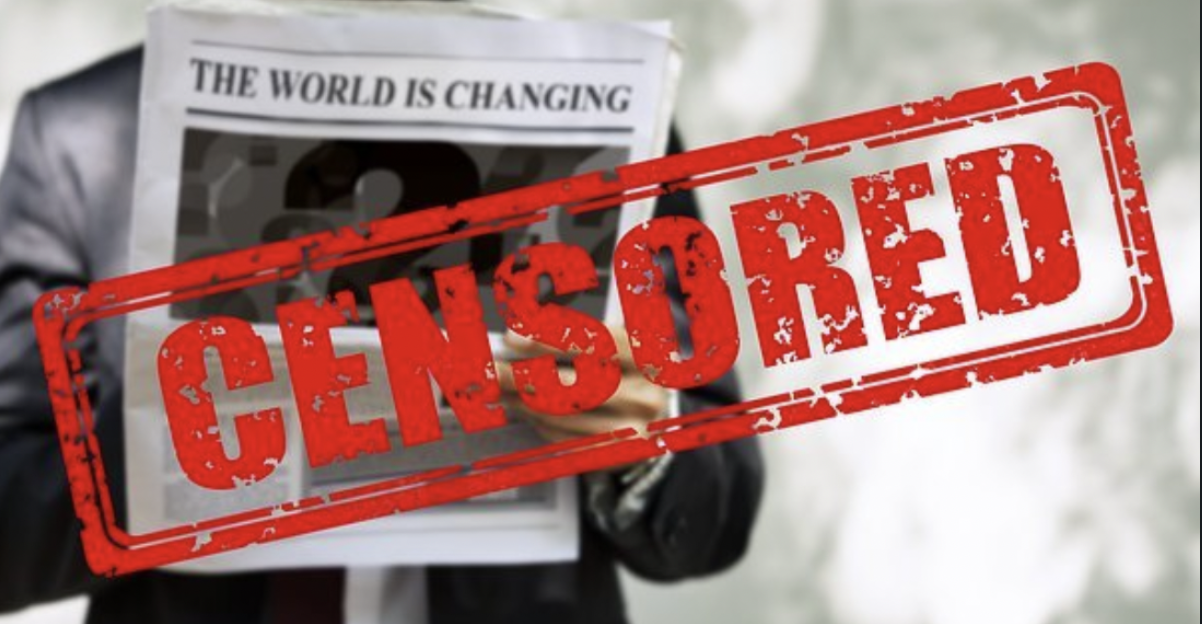 For whatever reason, nigh since its inception, “reporting the news” has been biased in an almost wholly Leftward direction.

For a long time newspapers were almost always organs of one political Party or another.  And openly said so.  The Arkansas Democrat-Gazette is a holdover from those halcyon days.

Then Leftists decided to expand Leftism – by obfuscating their spreading of it.  Born was the lie that is “unbiased reporting.”  Again: Humans report news.  Humans are biased.  So “reporting the news” remained a biased business.

So you had things like the Leftist New York Times’ lies about Russian Communist Joseph Stalin’s murder of millions of Ukrainians.  This massive dishonesty in service of Leftist mass murder didn’t earn the Timesthe news business’ condemnation – it won its acclaim.  Their Pulitzer Prizes still stand.

We’ll bypass radio – with its mostly two minute news segments – and go straight to television.  Early TV had but three networks.  Which allowed Leftist fake news anchors like Walter Cronkite – “The Most Trusted Man in America” – to lie with impunity.  Cronkite not only won numerous journalism awards for his Leftist lying – he had journalism awards and a school named after him.

With the addition of cable television, the network news cabal was broken – but not immediately challenged.  Cable simply gave us more Leftist news options from which to choose.

Until Fox News came along.  As the late Charles Krauthammer noted: “(T)he genius of (FNC creators) Rupert Murdoch and Roger Ailes was to have discovered a niche market in American broadcasting — half the American people.”

Krauthammer also observed: “Fox News is no monopoly.  It is a singular minority in a sea of liberal media….The lineup is so unbalanced as to be comical.  And that doesn’t even include the other commanding heights of the culture that are firmly, flagrantly liberal: Hollywood, the foundations, the universities, the elite newspapers.”

And now we have the monstrous Leftism of monstrous Big Tech.

The advent of the Internet looked endlessly promising.  It almost fully democratized the First Amendment.  You no longer had to own a newspaper or television network to have your say.  Regular citizens could effect massive changes – and did.

The Leftist Bigs could not allow that to continue.  So they haven’t.

Big Tech wasn’t yet big in 2004.  So they could do nothing to stop Little Green Footballs from undoing a Leftist lie.  Now that Big Tech can do something about it?  They are.

Big Tech – with all the other Leftist Bigs in tow – have now taken one titanic and totalitarian step beyond what used to be “reporting the news.”  They are now in the “identifying ‘fake news’” business.

Big Tech has deemed themselves the Arbiters of Truth.  This small cabal of Leftist multi-billionaires now get to decide what is or is not “news.”

If Big Tech were big enough in 2004?  They would have blocked everyone who was sharing Little Green Footballs’ truth – and Rather and CBS would have probably gotten away with their lie.  And Bush may very well have lost the election.  Based upon a giant lie – and Big Tech’s defense and promotion of it.

Of course, Big Tech was big enough to do things in 2020 – and throughout Donald Trump’s presidency.  And they dedicated themselves to asserting nigh everything Donald Trump said was a lie.  And blocking and de-platforming anyone who shared Trump’s words and thoughts.

And not just Trump himself. Big Tech declared a great many things that were true – but detrimental to Leftism – “fake news” and censored them. While allowing obvious, blatant Leftist lies to stand and be shared utterly unobstructed.

The pre-Internet axiom was: “A lie can travel halfway around the world before the truth gets its boots on.”  Now with the Internet – and Big Tech’s Leftist lying censoriousness – it’s light years worse than that.

But it’s been months since Big Tech’s big lies helped un-elect Trump.  And the truth is finally starting to get its boots laced.

Please read this list.  And as you do, think of the millions of lives lost and harmed as a result of these lies and this censorship.  The trillions of dollars of wealth destroyed.  The election outcomes lyingly warped.

These are ten HUGE examples of Big Tech warping the news.  And American life.  All in the last four years – most in just the last year.

And it doesn’t include the Trump-Russia collusion hoax. The far-and-away greatest political scandal in US history.

Big Tech did all of this lying and censoring – in the name of their allegedly addressing “fake news.”

Big Tech should get out of the “fake news’ business.  Because they are AWFUL at it.