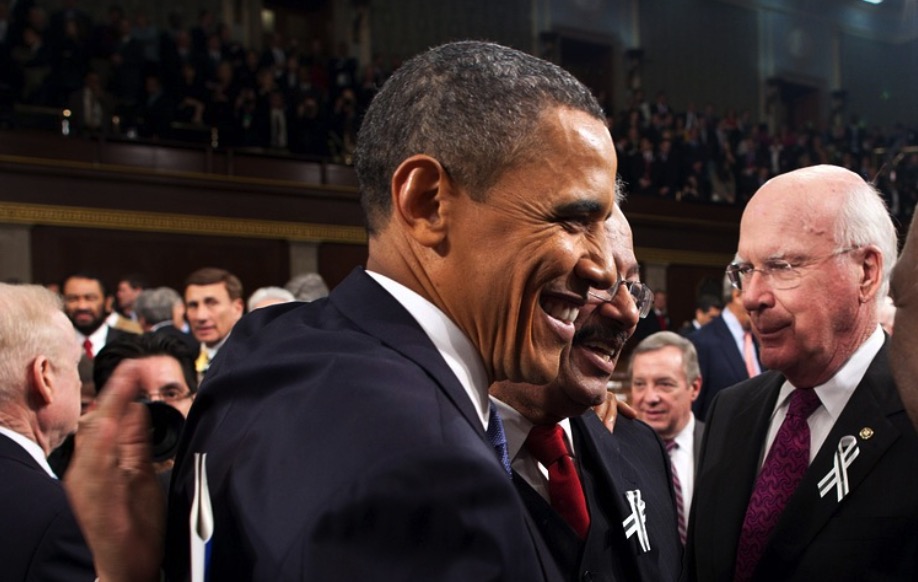 Former President Barack Obama just turned sixty.  To celebrate, he threw on August 7 a giant, non-social-distanced, mask-free suarez at one of his three post-presidential mansions.

The Obamas played host to the elitist of the elite.  All of whom have spent the last year-plus demanding you shut down your lives and your livelihoods.  In a way they have not ever – and did not on Saturday.

“The commander-in-chief appears to have started planning his post-White House life by buying a $8.7 million Hawaiian mansion that was featured on the classic ’80s TV series ‘Magnum, P.I.’…”

Obama then tore down that mansion – and started all over again….

How does Obama – a man who has never, ever had a real job in his entire life – so easily afford three-and-a-half monster mansions?

He spent his eight years as President selling the United States by the pound.

“When examined through a political prism – rather than a business one – this move makes perfect sense. For the Obamas – and Netflix.

“It is the culmination of a decade’s worth of DC cronyism – come round full circle….”

Netflix LOVES Net Neutrality.  Because it is huge government that hugely helps them – but does not apply to them.

“Netflix Has Been Secretly Slowing Down Your Videos for the Past Five Years:

“Uber-huge-bandwidth-hog online-video-streaming-company Netflix has long been a very vocal proponent of Network Neutrality. About which Netflix said: ‘The net neutrality debate is about who picks winners and losers online: Internet service providers or consumers. Today, the FCC settled it: Consumers win.’

“No matter how much data Netflix uses – and they use a ton – Internet Service Providers (ISPs) cannot charge them a dime. Which leaves We the Consumers picking up Netflix’s tab in the form of much higher monthly ISP charges.

“That’s consumers-augmenting-Netflix-profits, which is certainly a win for Netflix. For We the Consumers? Not so much.

“And lest we forget: ‘Netflix…was one of the lead proponents of…a bright-line prohibition on throttling online traffic by broadband providers.’…

“‘Netflix and its allies last year won the fight over Net Neutrality, arguing that without federal protections Internet service providers could throttle traffic to individuals and companies that didn’t pay for access to Internet fast lanes.’

“Get that? Internet throttling by ISPs? Cataclysmic. But when non-ISP Netflix does it? No problem.

“Not Neutrality: The Netflix Scandal That Isn’t:

“‘(W)hatever it is, it’s not a Net Neutrality violation. Plain and simple. Anyone who tells you that it is — or that this practice undermines the case for Net Neutrality rules — is either in the business of misleading you, woefully ignorant of the law, or both.’

“Sadly, that is correct. Because the FCC’s huge power grab doesn’t apply to ‘edge providers’ like Netflix.  Only ISPs are subject to this heinous onerousness:

“How’s that for unequal protection before the law? Except this isn’t law – it’s agency regulatory fiat. We’re already way off the constitutional map.”

Netflix (Market Cap: $230.4 billion) makes its huge money nigh-exclusively by using bandwidth to deliver its content.  Just how much bandwidth does Netflix use?

That’s quite a lot.

So Obama’s Net Neutrality fiat – was more than a little helpful to Netflix.

So Netflix was then more than a little helpful to Obama.

And the only people hurt by all of this uber-heinous DC cronyism – is We the People.