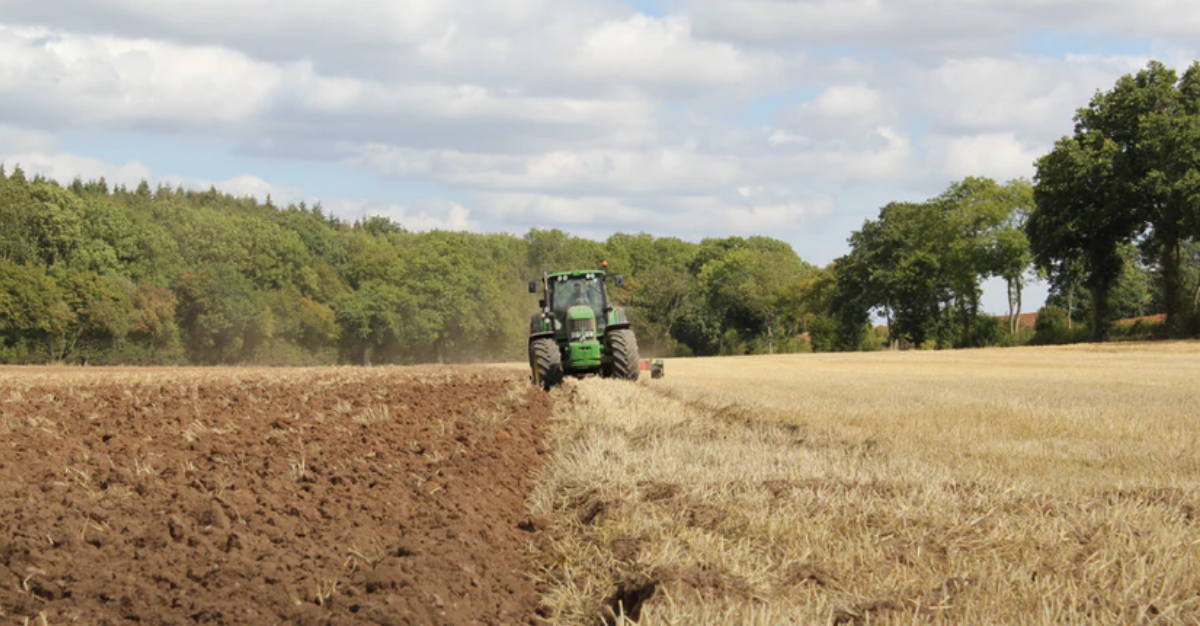 As we are now reminded by the exorbitant prices every time we purchase gas – or anything that needs gas to be made or delivered – the Joe Biden Administration has basically outlawed domestic petroleum production.

“(W)hen Biden’s Energy Secretary Jennifer Granholm was recently asked if the administration is considering increasing domestic production, Granholm burst into laughter and responded, ‘that is hilarious.’”

I’m not sure very many of us are laughing.  Leftists have a very strange sense of humor.

Well, before you climb into your car and drive to work – you gotta eat.  And our domestic food production is being assaulted in many of the same ways our fuel production is.

Of course, our skyrocketing fuel prices ain’t great for a farm and ranch sector fueled by diesel.  But it goes way beyond just that.  The Biden Administration has engaged in an omni-directional assault on our food production system.  Which of course damages the entire economy – because, you know, you gotta eat.

“Why would the Biden administration target farmers in the first place?  Well, do you know any farmers who are Democrats?”

And behold: The harmonic convergence of awful farm and fuel policies….:

“The study is funded by a $10 million grant awarded by the Obama administration’s EPA, and pretends to examine fine dust and soot emissions (called ‘PM2.5’) from all farm operations — including machinery, tilling, fertilizer use, field burning, livestock movement, waste management and more.

“Tightening the PM2.5 standard in the National Ambient Air Quality Standards will raise energy prices significantly without offering any benefit whatever to the health of the nation. Multiple studies prove this emphatically.”

Above is Biden’s awful cause.  Behold the effect….

Food Prices Skyrocket 32.8% as the Economy Falters Under Biden

What is ‘Bare Shelves Biden’ and Why Is It Trending?:

“Food shortages across the US are causing widespread panic as grocery store shelves are depleted and people search for pantry items.”

Which brings us to federal lands – and Biden not allowing us to use them to alleviate our shortages.

The federal government controls LOTS of land – under which exists LOTS of petroleum.  Which Biden is refusing to allow us to access.

The ‘Temporary’ Biden Pause on Fossil-Fuel Leasing on Federal Lands

There is nothing on Earth more permanent – than a “temporary” government program.

Well, our farmers own LOTS of land – which is extraordinarily fertile and great for farming.  But the federal government – via the Conservation Security Program (CSP) – currently prohibits 4.1 million acres of prime arable land from being farmed.

To alleviate the food shortages and skyrocketing prices, our farmers have beseeched the Biden Administration to open up some of that land….:

“In a letter dated March 23, agricultural groups including the National Grain and Feed Association and American Farm Bureau Federation urged USDA to provide flexibility to producers to plant crops on prime farmland enrolled in CSP without penalty, whether on an emergency basis or through an early-out of their current CSP contracts.”

Some members of Congress also realize the problem….

Senators Call for Opening Fallow US Land to Crops

Vilsack: USDA Will Not Reopen CRP

Instead, the Biden Administration will compound the idiocy….

The Biden Administration Will Pay Farmers More Money Not to Farm:

“The Biden administration announced on Wednesday that it would expand a program that pays farmers to leave land fallow, part of a broader, government-wide effort to cut greenhouse gas emissions in half by 2030. The new initiative will incentivize farmers to take land out of production by raising rental rates and incentive payments.”

Farmers are begging to be allowed to farm more land.

And the Biden Administration is increasing the money dedicated to prohibiting farmers from farming.

I can’t imagine why we’re running out of everything.