Do You Get the Feeling This Guy’s Running for Congress to Cash In? 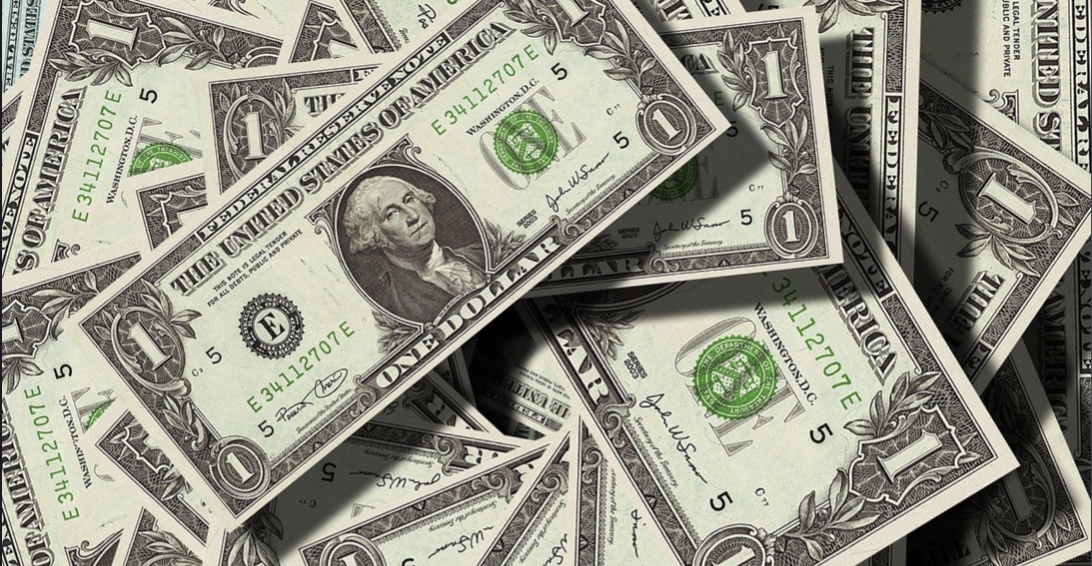 Long-serving politicians often ended up severely short of cash.  (Which was by design – you weren’t supposed to make a career of it.)

“When Harry Truman left the White House in 1953, historian David McCullough records, ‘he had no income or support of any kind from the federal government other than his Army pension of $112.56 a month. He was provided with no government funds for secretarial help or office space, not a penny of expense money.’

“One of the reasons Truman and his wife moved back into their far-from-elegant old house in Independence, Missouri, ‘was that financially they had little other choice.’

“Nevertheless, Truman refused to cash in on his celebrity and influence as a former president.

“He turned down lucrative offers, such as the one from a Florida real-estate developer inviting him to become ‘chairman, officer, or stockholder, at a figure of not less than $100,000.’

“He would not make commercial endorsements, accept ‘consulting’ fees, or engage in lobbying.

“‘I could never lend myself to any transaction, however respectable,’ Truman later wrote, ‘that would commercialize on the prestige and dignity of the office of the presidency.’

“He did sell the rights to his memoirs for a handsome sum to Life magazine. But he turned down every other enticement to trade on his former position for private gain.

“Half a century later, Truman’s rectitude seems as quaint and obsolete as George Washington’s wooden teeth.”

Now, being an ex-politician often means money beyond the dreams of avarice.

Running-for-office pols get campaign contributions from billionaires and millionaires.

In-office pols give billionaires and millionaires all sorts of crony government policy favoritism.

Then the pols become ex-pols.  And the billionaires and millionaires they lavished with government favoritism – lavish them with cash.

It’s talent-less hacks getting obscenely rich – selling the country by the pound.

As but one example – meet the Obamas.

“When examined through a political prism – rather than a business one – this move makes perfect sense. For the Obamas – and Netflix.

“It is the culmination of a decade’s worth of DC cronyism – come round full circle….”

Truman and his wife returned to their very modest Missouri abode.  The Obamas?

“The commander-in-chief appears to have started planning his post-White House life by buying a $8.7 million Hawaiian mansion that was featured on the classic ’80s TV series ‘Magnum, P.I.’…”

Obama then tore down the mansion….

Of course you don’t have to an ex-president to cash-in.  There have been thousands of members of Congress, and other DC officials, who have become obscenely rich after – and even during office.

How Did Maxine Waters Get So Rich?:

“That’s racist! Well, according to Waters it is.

“‘Tucker Carlson tore into Rep. Maxine Waters Monday night after she accused him of racism for asking how a lawmaker can afford to live in a $4.3 million home.

“‘The Daily Caller co-founder first pointed out on his show several weeks ago that Waters, who has served in public office for nearly 40 years, lives in one of the richest neighborhoods in Los Angeles despite representing one of the poorest.

“‘“So where did the money [for the house] come from?” Carlson asked. “Maybe she borrowed it from family members. Since 2006 she’s paid her own daughter $600,000 from campaign funds.”

“‘“Then there’s her husband who was once the director of One United Bank,” he continued.

“‘“Never heard of it? Well in 2008 One United Bank got a $12 million tax bill bailout after Waters convince the treasury department to take up the case.”’”

So with all of this mass corruption in DC – is it any surprise the lure of office-holding attracts some…less-than-stellar members of society?

Meet Ron Hood – currently running in the Republican primary to ultimately represent Ohio’s 15th Congressional district.  And since the district is gerrymandered beyond recognition to favor Republicans – the August 3rd primary winner is all-but-guaranteed to win the whole thing.

What Is Rand Paul Thinking With This Endorsement?:

“In the one and only campaign finance report we will see before the Aug. 3 primary, Hood raised a measly $155,000 and, from that, is paying himself a $6,000 per month salary to campaign.”

Hold it right there.  Hood is skipping the Waters-model family-middle-men – and just paying himself.  Which seems like it may be the most money he’s ever “made”:

“For years when he served in the Ohio House of Representatives and even now on his campaign website, Hood listed his job as ‘marketing consultant’ for the American Way Investors Corporation, which attempts to recruit investors for small real estate projects in the Midwest. He provides two addresses for his office, one of which appears to be for a senior living facility – a curious place for a branch office for such a business.

“When he’s not doing real estate deals, he’s into multilevel marketing. He claims in his disclosures to have worked for MonaVie, which sold dietary supplements in the form of blended fruit juice concentrates, powders and purees until it was shut down over disputes about its health claims.”

Does someone with Hood’s sort of “job” history – have a history of bankruptcies, financial defaults, lawsuits and judgments against him?  Indeed he does.

Fourteen, in fact – according to the Pickaway County, Ohio website.

Including six “Guilty or No Contest” dispositions.  And six Certificates of Judgement.  They represent more than $100,000 in rulings against.

And that’s just one county.  In one state.  Who knows what else exists any and everywhere else?

And now he’s running for Congress.

We know how incredibly profitable DC is for many of its…less than scrupulous “public servants.”

So it is not at all unreasonable to wonder if Hood is looking to join them – to climb aboard the very tasty gravy train.

And join up with DCs corrupt denizens.

Who can’t seem to make a private sector dime.