Biden’s SOTU: Where He Yet Again Tells Us to Shut The Heck Up (STHU) 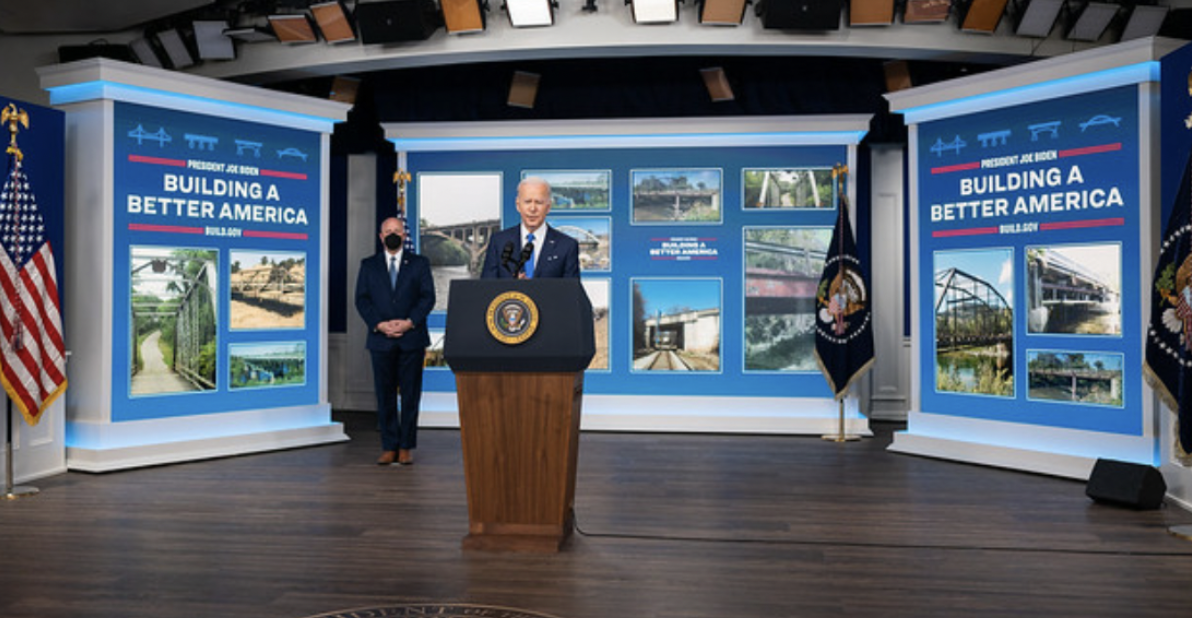 The Joe Biden Administration has spent the entirety of its tenure telling us to Shut The Heck Up (STHU).  Tonight’s State of the Union (SOTU) will be nothing different.

Except Biden doesn’t care.  He wasted all of 2020 trying to shove down our throats the exceedingly-awful-climate-change-atrocity that is Build Back Never – oops, I mean Better.  While helpful, bipartisan legislation perpetually languished in Congressional purgatory.

The slim-Democrat-majority Congress has proven to be mostly inert (thank goodness).  And thanks to Biden and his Democrats totally ignoring us – is likely to become a Democrat-minority Congress in November.

So Biden will rely more and more on unconstitutional, unilateral power grabs and policy changes – executed by unelected Executive Branch bureaucrats.  Without benefit of the necessary preceding Legislative Branch legislation.

In our governmental system (we’re a Constitutional republic – not a democracy), bureaucrats aren’t supposed to do something unless and until our elected Congress passes a law telling them to do it.  Oh: And the Chief Executive issuing fiat Executive Orders – is another unconstitutional substitute for Legislative Branch legislation.

But why would Biden and his Administration adhere to the Constitution?  I mean, why start now?

To wit: Here’s the woefully misnamed Department of Justice (DoJ) proposing a HUGE policy change on “Licensing Negotiations and Remedies for Standards-Essential Patents Subject to F/RAND Commitments.”  Has Congress – with legislation – authorized this?  Heavens no.

Without getting too into the technological weeds….

What Are Standard Essential Patents and Why Do I Need to Know About Them?:

“When you woke up this morning, you probably unplugged your cell phone from its charger, looked at it, and saw a Wi-Fi icon at the top. Maybe over breakfast, you watched a couple of clips from the news. Just like that, without even thinking about it, you have used multiple technologies covered by standards, and those everyday actions implicated hundreds of standard essential patents, or SEPs.

“Broadly speaking, a standard is a document or a technology that is defined by a standards body in a standard-setting process. Standards are often the result of many meetings over many years by industry representatives who work together to come to a consensus on a new technology. Of course, these companies also work separately to develop their own technologies, but the goal of working on a standard together is interoperability.

“A standard essential patent starts out as a typical patent and becomes essential to a given standard usually when it is declared to be essential by one of the contributing participants of the standard. As part of the standard-setting process, and sometimes as part of the process of declaring a patent to be essential to the standard, the contributors of a technology who own patents on the technology agree to license the patent on fair, reasonable, and non-discriminatory terms, sometimes abbreviated as FRAND.”

These patents and standards are essential to making our ever-increasingly-technological economy function.  So of course Biden’s DoJ is looking to undermine all of it.

“Big Tech and China interests stand out as primary backers of proposal.”

“It is easy to understand why Big Tech and China, Inc. rejoice in a Draft Statement that devalues emerging technologies such as 5G and facilitates holdout by patent infringers… However, it is more difficult to fathom what’s in it for the United States or U.S. consumers.”

Because why wouldn’t Biden want to help China?

How Biden’s Son Got $1.5 Billion from China

Because why wouldn’t Biden want to help Big Tech?

Prepping for DC’s Next Rounds of Cronyism:

“Joe Biden – who has spent his entire political career with a ‘For Sale’ sign on his forehead – is looking to tee up a similar crony payout.”

Why wouldn’t China want to steal even more of our Intellectual Property (IP) and its creators?

Why wouldn’t Big Tech want to steal even more of our IP?

You bet he will.

And why wouldn’t Biden want to further help Big Tech steal our IP?

What do Biden, Big Tech and China all have in common?  As radio host Chris Plante likes to phrase it: They’re not on our side.

And the woefully misnamed Patent Protection Association of China (PPAC)’s contribution to Biden’s helping them steal even more – is almost an old-school Saturday Night Live parody of itself.

Meanwhile, there are some people who are actually on our side.  And they vociferously object to Biden attempting to undermine, well, basically the entirety of the US economy.

“(A)s written, this policy statement would undermine the rights of standards-essential patents owners and make it harder for them to protect their innovations from infringement. In particular, it would make it virtually impossible for these innovators to obtain injunctions to stop the use and sale of products infringing on their inventions….The result of this policy would be less innovation in the United States and a further shift in global technological leadership to China and other competitors.”

“The DPS proposes an entirely new and apparently self-defeating meaning of the term ‘good-faith negotiations,’ one which would tend to undermine the functioning of good-faith negotiations as traditionally understood for the licensing of F/RAND-encumbered SEPs….(T)he DPS appears to propose an antitrust policy that would fundamentally distort negotiations over F/RAND-encumbered SEP licensing in ways that would tend to chill incentives to innovate and lessen dynamic competition to the detriment of both consumers of final goods and of growth in the broader economy.”

These two fine joints – and several others – filed these statements as Comments as a part of the DoJ’s Comment Period.  Unfortunately….

Congress Reminds Us How Titanically Stupid Bureaucracy ‘Comment Periods’ Are

“Where some agency of which you’ve probably never heard – and to whom you’ve elected no one – quietly announces a period where you can file thoughts on the damage they’re about to inflict upon you.

“Of course, the Comment Period is entirely and solely Democracy Theater.  (Again, we’re a republic, not a democracy.)  Again, if the government wants to do something new – the process has to begin with legislation by the Legislative Branch.  Not bureaucratic fiats by Executive Branch agencies.

“The Comment Periods – are just dumb. Again, these bureaucrats aren’t elected. And they are under no obligation whatsoever to have the comments you file – affect at all what they’re about to do to you.

So no matter what the Comments say – Biden will almost certainly move forward with helping China and Big Tech steal our IP.

Because he’s not on our side.

Please – remember all of this tonight.  As Biden delivers his SOTU – in which he will yet again tell us to STHU.